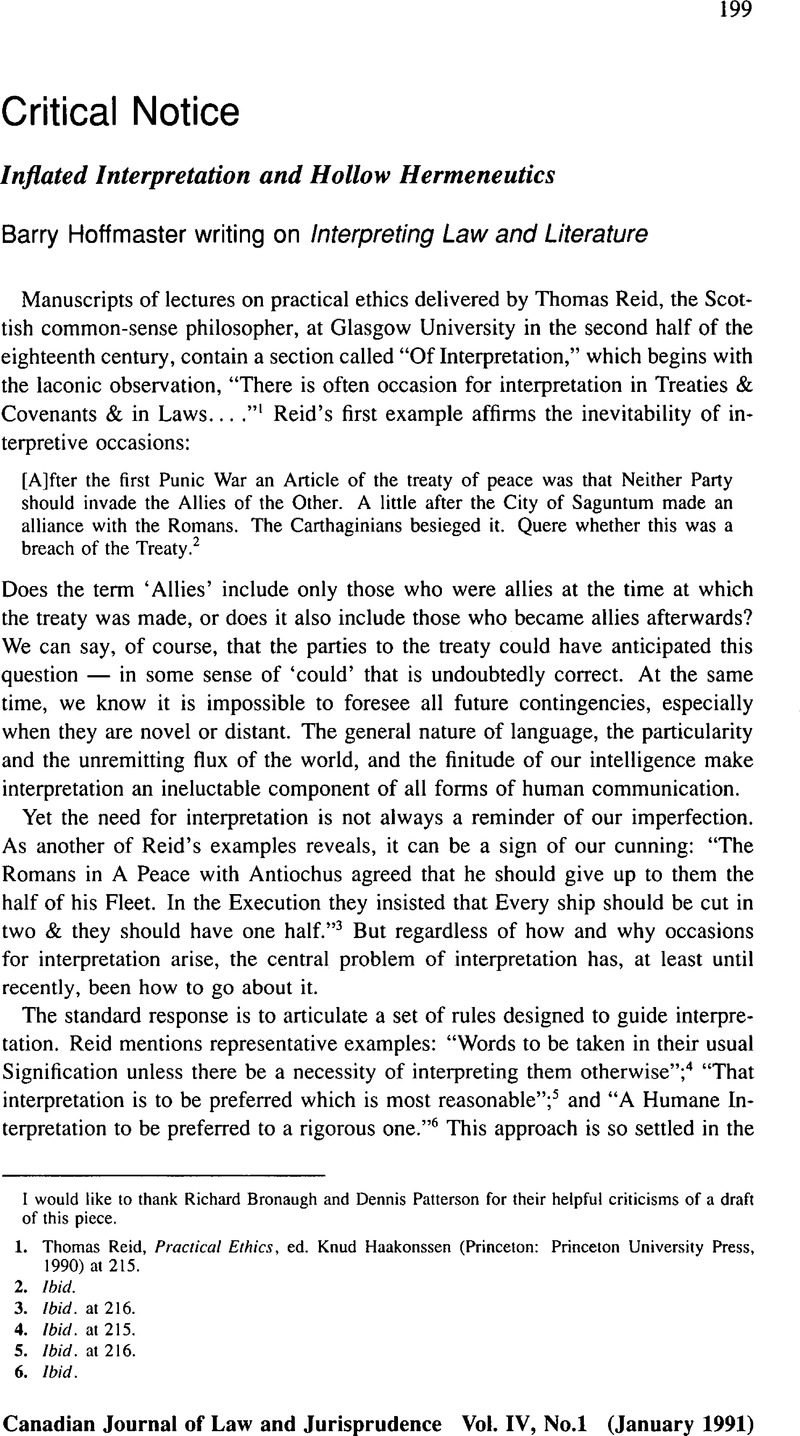 I would like to thank Richard Bronaugh and Dennis Patterson for their helpful criticisms of a draft of this piece.

8. Levinson, SanfordandMailloux, Steveneds,Interpreting Law and Literature(Evanston,111.:Northwestern University Press,(1988). All references to this volume will be given in the text.Google Scholar

9. The best attempt by far to try to explain how and why judges are constrained is Duncan Kennedy, ,“Freedom and Constraint in Adjudication: A Critical Phenomenology”(1986)36 J. Legal Educ. 518.Google Scholar

13. The most insightful, detailed analysis of the contrast between adjudication and policy-making remains Paul Weiler, ,“Two Models of Judicial Decision-Making”(1968)46 Can. Bar Rev. 406.Google Scholar

16. This point is emphasized with respect to ethics in Morton White, ,What Is and What Ought to Be Done(New York:Oxford University Press,(1981).Google Scholar

19. They are also critical to moral decision making: “The problem of reflective judging is that any actual example may fall under many descriptions and so exemplify numerous principles or practices, many of them prima facie of moral significance. The most significant single element in moral deliberation may well be coming to appreciate the actual case in a specific way, as falling under one rather than another set of descriptions and hence judgeable in the light of some rather than other practices or principles.” Onora O’Neill, “The Power of Example” (1986) 61 Philosophy 5 at 24.

20. A most welcome development along these lines is the appearance of a previously untranslated work by Karl Llewellyn. See Llewellyn, ,The Case Law System in America,supra,note 15.CrossRefGoogle Scholar