Nineteenth-Century Grand Opéra on the Move 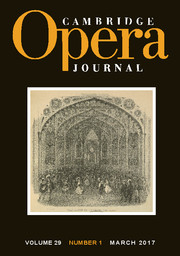