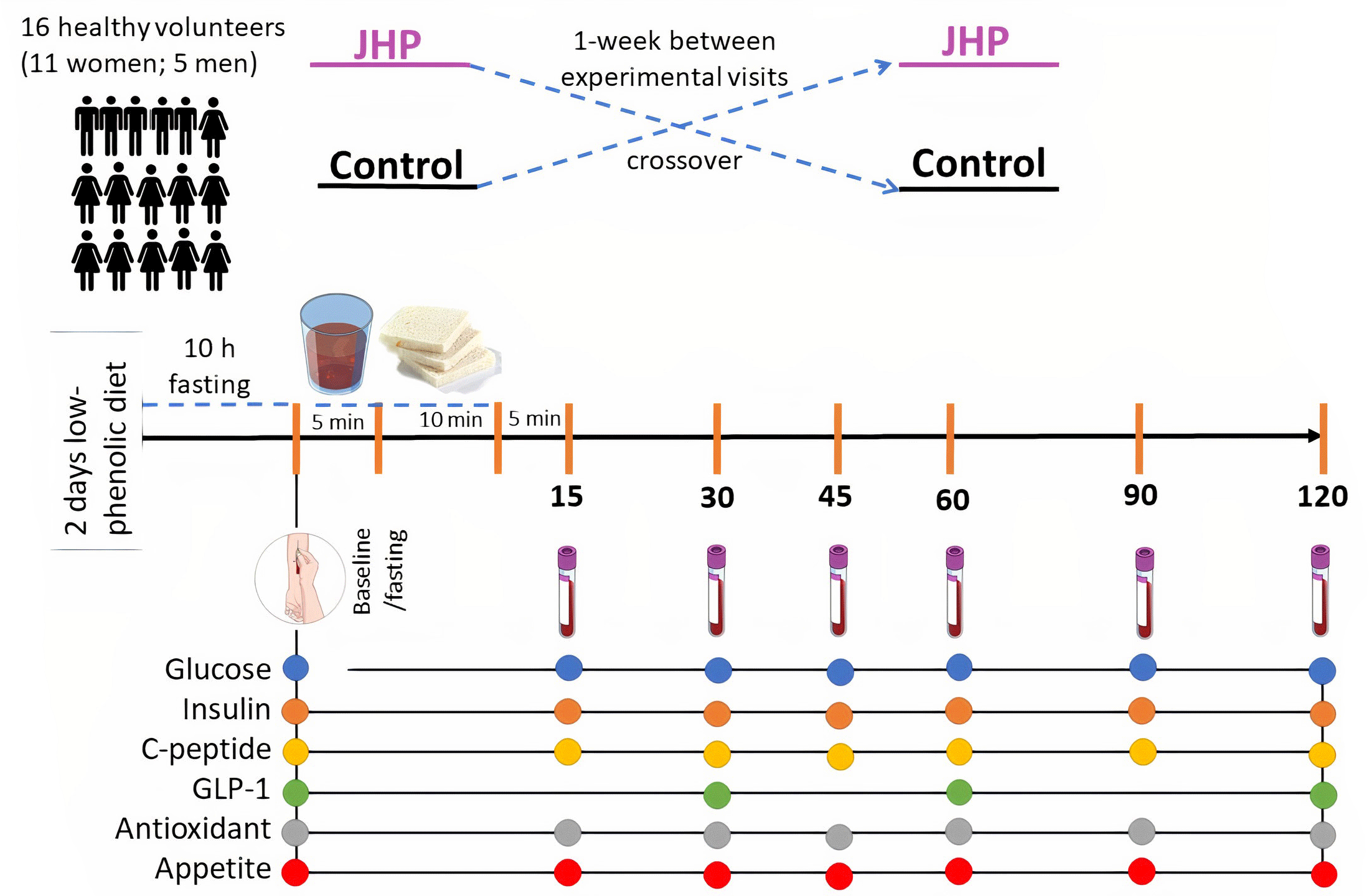 Jabuticaba is a Brazilian berry rich in polyphenols, which may exert beneficial effects on metabolic diseases. This randomised crossover study aimed to determine the effects of jabuticaba juice (250 ml in a portion) on postprandial response. Sixteen healthy subjects (eleven women; five men; 28·4 (sd 3·8) years old; BMI 21·7 (sd 2·3) kg/m−2) consumed two test products after fasting overnight in a randomised controlled crossover design. Each test product portion had a similar composition of sugar components: 250 ml water with glucose, fructose, coloured with artificial non-energetic food colourings (placebo), and 250 ml of jabuticaba juice. Beverages were administered immediately before a carbohydrate meal. Blood samples were collected at 0, 15, 30, 45, 60, 90 and 120 min after each test product to analyse the concentrations of glucose, insulin, C-peptide, antioxidant capacity, plasma glucagon-like peptide-1 (GLP-1) and appetite sensations. Compared with the placebo, the intake of jabuticaba juice resulted in a higher GLP-1 response as the AUC and peaking at 60 min. Jabuticaba juice also resulted in higher antioxidant capacity. Postprandial glucose, insulin, C-peptide levels and appetite sensations were not significantly different between tests. In conclusion, 250 ml of jabuticaba juice before a carbohydrate meal was able to improve the antioxidant status and GLP-1 concentrations in healthy subjects.

Copyright
© The Author(s), 2021. Published by Cambridge University Press on behalf of The Nutrition Society