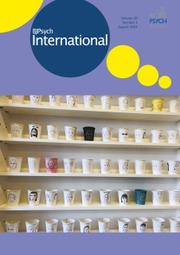 We used medical record abstraction to conduct research in a psychiatric hospital with paper-based medical records. The challenges we encountered included: the difficulty in retrieving files; the extensive effort and time needed to extract clinical information; the lack of a standardised documentation system of medical records; and the need for advanced computer literacy. To promote future research using electronic medical records, potential solutions include creating a registry of all patients receiving treatment, as well as equipping busy clinicians with computer skills.

This is an Open Access article, distributed under the terms of the Creative Commons Attribution-NonCommercial-NoDerivatives licence (http://creativecommons.org/licenses/by-nc-nd/4.0/), which permits non-commercial re-use, distribution, and reproduction in any medium, provided the original work is unaltered and is properly cited. The written permission of Cambridge University Press must be obtained for commercial re-use or in order to create a derivative work.
Copyright
Copyright © The Authors 2019

Conducting research may not be a well-established practice followed by busy clinicians, in view of their high patient load and busy clinical duties. Nevertheless, knowing that the information that can be obtained from research would be beneficial for the improvement of patient care, as well as for the healthcare system in general, it is prudent for clinicians to conduct scientific research if it is feasible. Retrospective chart review (RCR) is a versatile research methodology that is relatively simple but is underused; RCR can provide an initial stepping-stone for clinicians who are unfamiliar with the journey of scientific enquiry.Reference Hess1 An important component of RCR involves the use of medical record abstraction (MRA), i.e. the abstraction and analysis of data that are recorded for non-research purposes in patients’ medical records. When designing a form for MRA the following processes should be followed to ensure that the data collected are of high quality. First, it is necessary to specify the elements of data required. Second, those elements should be organised into a form. Third, a data coding methodology should be formulated. Then the form should be reviewed, and a user manual prepared, followed by pilot testing.Reference Banks2 Nevertheless, every methodology has its unique limitations and requires adaptation to different settings. Here we highlight the challenges faced when we conducted research using MRA in a psychiatric hospital in northern Borneo and we describe strategies we used to overcome potential drawbacks.

Hospital Mesra Bukit Padang (HMBP) is a psychiatric hospital, built during the era of British colonisation in Sabah, the second largest Malaysian state, with a population of 3.9 million. The primary function of this 300-bed mental institution was to serve as the only asylum in the state of Sabah for patients with mental disorders. Treatment was sanctioned under the Lunatic Ordinance 1951 of Sabah, a law that has since been superseded. In recent times, HMBP has been transformed into a psychiatric hospital that provides short-term in-patient treatment as well as a variety of out-patient and community mental heath services. This change came about as a result of the deinstitutionalisation movement.Reference Parameshvara Deva3 In view of its long history serving as the sole mental health provider in the state, there is a high patient load. The growing patient population has put significant strain on the manual filing system of paper-based medical records, and it makes conducting MRA challenging.

As the hospital is still employing paper-based medical records, the process of retrieving files required a great deal of manual labour. Although a terminal-digits system, based on the patients' personal identity number, assisted in locating their paper file, a significant amount of time was needed to retrieve the requested files from the medical records unit. The fact that there were many misplaced or missing medical records was at times nightmarish and has potential medico-legal implications.

Extracting information from the filing system was another labour-intensive task. The search for relevant information involved flipping through the medical records page by page and sometimes several cycles of flipping were needed to complete the MRA form. The process became more complicated when there were multiple volumes of files for patients who had a long treatment history. The speed of reviewing each file was also highly dependent on the amount of information that was needed for the summary. As the process involved several data abstractors, meetings and training needed to be held regularly to ensure that the data were abstracted reliably and in accordance with the preset coding method, as well as to ensure that the process of case selection followed the predetermined inclusion and exclusion criteria.

Successful MRA relies heavily on the completeness of documentation for the clinical consultations that had taken place. Sometimes there was evidence that a consultation had taken place, but no medical record existed with the necessary information about that consultation. When there were heterogeneous methods of documentation, with a lack of standardisation, there was inevitably difficulty in data identification. Illegible handwriting, which is notorious among doctors, exacerbated the problems.

The transfer of all extracted data into an electronic form required considerable time and effort, as well as computer skills. Finally, there was the process of data cleaning, which involved running checks on the electronic records to detect errors.

The duration of the process from the initial creation of a template for the MRA, in the form of spreadsheet or database, until useful data can be extracted and analysed using a statistical package, depends on the speed with which the team achieves mastery over their sources of information and acquires the requisite information technology (IT) skills. Duplication or missing data during the process of transfer means that extra time will be required because it will be necessary to revisit the original records.

The advantages of having access to electronic medical record (EMRs) became apparent to us during the process of conducting the MRA on paper-based medical records. An EMR system has many potential desirable characteristics: it should improve the efficiency of a clinical service and the associated operation of an organisation and it should provide benefits for society in terms of facilitating research. The cost of this transformation includes the requirement for significant financial support for the system's development and maintenance, as well as temporary disruptions to workflows.Reference Menachemi and Collum4 Nevertheless, the transformation of paper-based medical records into EMRs is inevitable in this era of ‘industry 4.0' and it is an essential step to improve filing systems for clinical services.

The creation of a registry for all patients nationwide who are receiving mental health treatment is an important step to be considered in service planning. The experience from the Danish National Patient Registry has revealed its great potential as a research tool through the use of existing clinical data.Reference Schmidt, Schmidt and Sandegaard5 Once a local electronic registry has been established, MRA will be relatively easier because of the more efficient methodology available to search the recorded information. The outcome of audits and the research that could be derived from this registry could become part of a chain of continuous quality improvement (CQI), which will benefit society.

Finally, equipping busy clinicians with computer literacy is an absolute necessity in order to improve the efficiency of data management. Medical informatics should become part of the era of big data, and that will significantly alter the landscape of medical practice. The ability to harness the benefits of medical big data is viewed as an important asset as it has the potential substantially to improve both healthcare systems and individual patient care.Reference Moskowitz, McSparron and Stone6

It is possible to conduct a research using MRA in a hospital with paper-based medical records despite several challenges. More importantly, the lessons learned in the process of conducting this research can be viewed as the stimulation for policy improvement, i.e. it serves as the pivotal link for CQI.

We thank the National Medical Research Registry for its kind support and input as well as the Director General of the Ministry of Health for approving this article to be published.

Conflicts of interest: J.L.L. reports personal fees from Lundbeck, outside the submitted work.