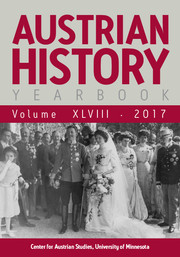 Forum in Honor of Charles Ingrao