ASTIN Bulletin: The Journal of the IAA

The Journal of the International Actuarial Association

Published on behalf of The International Actuarial Association
Journal Home 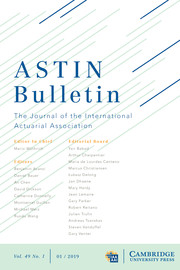