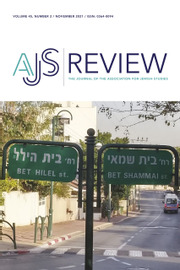 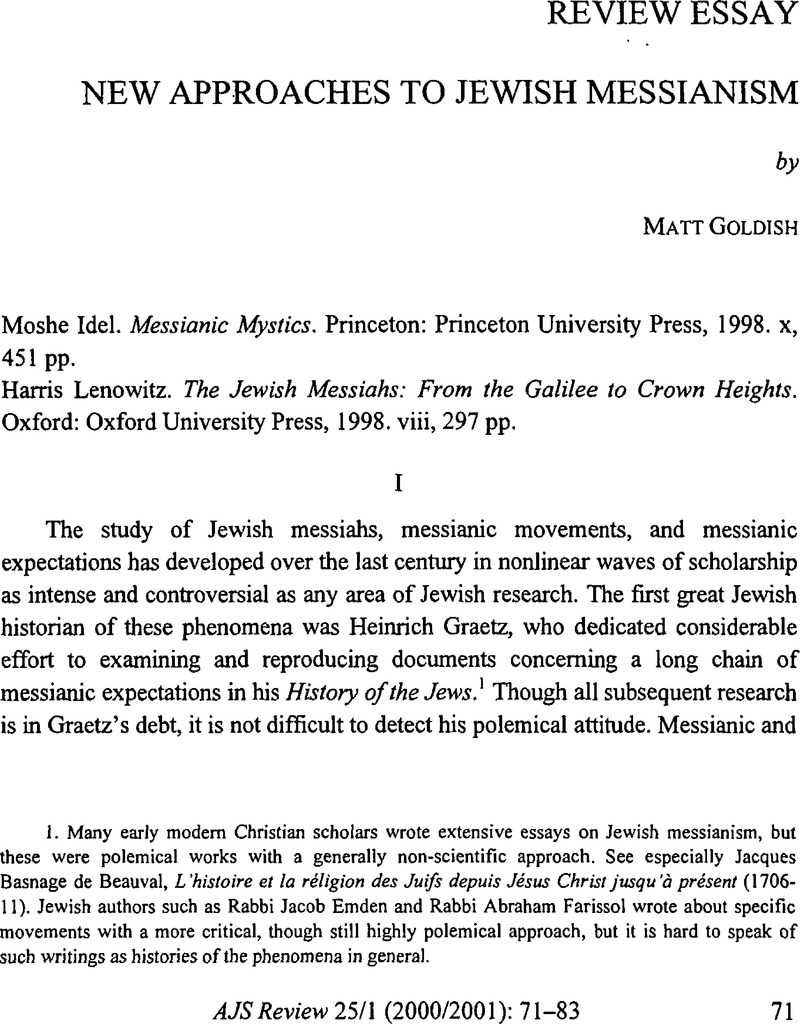 1. Many early modern Christian scholars wrote extensive essays on Jewish messianism, but these were polemical works with a generally non-scientific approach. See especially Beauval, Jacques Basnage de, L'histoire et la réligion des Juifs depuis Jésus Christ jusqu'à présent (1706–1711).Google Scholar Jewish authors such as Rabbi Jacob Emden and Rabbi Abraham Farissol wrote about specific movements with a more critical, though still highly polemical approach, but it is hard to speak of such writings as histories of the phenomena in general.

3. Klausner, , Historyah shel ha-bayyit ha-sheni (Jerusalem, 1949), vol. 5Google Scholar; quoted in translation in Encyclopaedia Judaica 10:1095. Moshe Idel has dealt with some of the surrounding issues in “Academic Studies of Kabbalah in Israel, 1923–1998: A Short Survey” (forthcoming). In private discussions Idel has pointed out how Scholem, Tishby, and other scholars of Jewish messianism in mid-century explicitly state that the mystical tradition can now be understood only in the context of the destruction of European Jewry.

5. A highly useful bibliography of Idel's work has been published by Cherub Press.

8. Even Yehuda Liebes, who strongly criticized Idel for publishing Golem and other books originally in English, has allowed some of his own work to be translated.