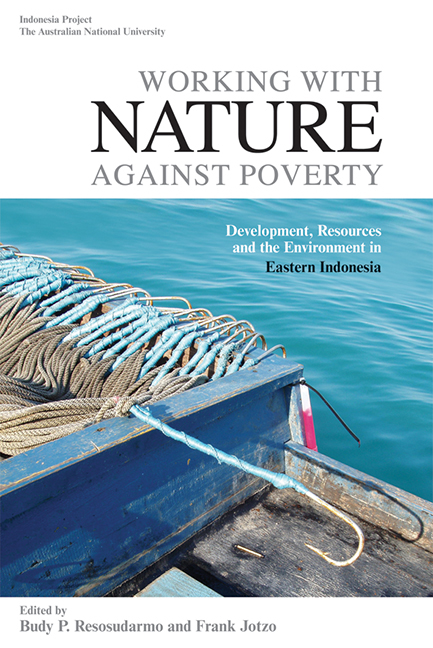 Working with Nature against Poverty
Development, Resources and the Environment in Eastern Indonesia

Eastern Indonesia has for a long time epitomized the problems of development in Indonesia, with the region having lower incomes, higher poverty and worse social indicators than most other regions in Indonesia. The challenge is to achieve economic development. But much economic development relies on more intensive use of resources, which places great pressure on the environment. In some parts of the region this could undermine the future sustainability of the economy. In others it threatens unique environmental systems that are of significance not just for Indo nesia but for the world.

This book brings together contributions from leading experts on eastern Indonesia. It provides comprehensive information on current economic, social, political and environmental developments in the region. The goal is to provide a framework for balancing environmental and social concerns against the need to promote economic development, particularly in areas where poverty is prevalent. Understanding the interactions, trade-offs and synergies between development and environment is a prerequisite for better policies to benefit both the people of eastern Indonesia and the environment.

The existing literature on eastern Indonesia—especially research on the nexus between resources, environment and development—is sparse. Earlier publications of note include Barlow and Hardjono (1995) and Pannell and von Benda-Beckmann (1998). The present book has its origins in a symposium held at the Australian National University in 2006, which brought together some of the leading researchers on eastern Indonesia.

Indonesia is the world's largest archipelagic state and one of the most spatially diverse nations on earth in terms of resource endowments, population settlements, locations of economic activity, ecology and ethnicity (Tomascik et al. 1997; Hill, Resosudarmo and Vidyattama 2008). Stretching across 8 million square kilometres of land and sea between the Indian and Pacific oceans, it links the continents of Asia and Australia (Map 1.1). Indonesia's 17,000 islands have a land area of close to 2 million square kilometres.