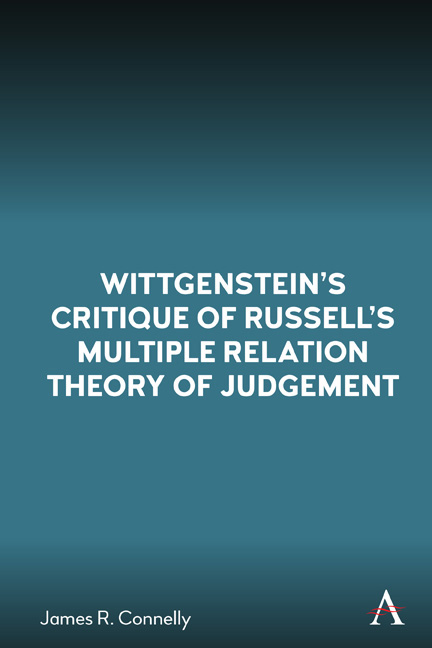 Wittgenstein's May–June 1913 critique of Russell's multiple relation theory of judgement (or MRTJ) marked a crucial turning point in the lives of each of two great twentieth-century thinkers. But it was also a watershed moment within the history of analytic philosophy itself. The critique led Russell to abandon his 1913 Theory of Knowledge manuscript and left a significant breach within his epistemology. It represented an important milestone within Wittgenstein's philosophical career and marked the point at which he emerged on the scene as an independent philosophical force. It inaugurated a linguistic turn in twentieth-century philosophy which would dominate the course of analytic philosophy throughout the early and middle part of that century. The critique directly concerns and engages with the weightiest and most fundamental topics and concepts of philosophical semantics, including those of sense, truth, meaning, inference, logical form and information content, as well as the nature, structure and unity of propositions.

For these and other reasons it is worthy of careful study and deep understanding. Yet scholarly consensus around a satisfactory interpretation of the nature of the critique, the extent of and reasons for its impact on Russell and the role it played within Wittgenstein's philosophical development has remained elusive. This partly reflects the fact that a correct interpretation of Wittgenstein's critique depends upon the satisfactory resolution of several other related exegetical controversies within the interpretation of Russell's and Wittgenstein's respective philosophies. Such controversies include, for instance, those surrounding the nature and import of type distinctions introduced in Russell and Whitehead's Principia Mathematica. They also include those concerning the timeline on which important ideas emerged within Wittgenstein's early philosophy, such as bipolarity, extensionalism and the saying/showing distinction. The relationship between exegesis which aims to resolve these broader sorts of controversies and that which more specifically concerns Wittgenstein's May–June 1913 critique of Russell's MRTJ is thus a symbiotic one. Sound interpretation of the latter stands to illuminate the former and vice versa. This perhaps partly explains why, as Michael Potter has noted, ‘offering an exegesis of Wittgenstein's objection seems to have become a sort of rite of passage for scholars of early analytic philosophy’ (2009, 119).