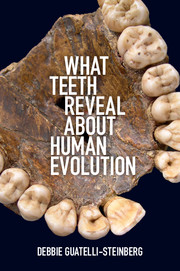 Although a prolonged period of juvenile helplessness and dependency would, by itself, be disadvantageous to a species because it endangers the young and handicaps their parents, it is a help to man because the slow development provides time for learning and training, which are far more extensive and important in man than in any other animal.

– Dobzhansky T Mankind Evolving: The Evolution of the Human Species (179)

A protracted growth period is considered one of humanity's uniquely derived features relative to other primates. One view is that over the course of our evolutionary history, human juvenile growth was extended by the insertion of a novel developmental phase – childhood – which has been defined as a period after weaning during which a juvenile continues to depend on others for survival (180). Whether or not human childhood is unique, it is clear that subadult growth spurts begin at much later ages in humans than they do in African apes (181). Humans reach sexual maturity at comparatively later ages as well (181).

Viewed through the lens of “life history” theory, the scheduling of key life benchmarks such as age at weaning, age at sexual maturity, age at first reproduction, intervals between births, and natural life span, is shaped by natural selection. For different species experiencing different environments and ecologies, natural selection will result in different life history solutions – or adaptations – to the problems of survival and reproduction. Natural selection is thought to have optimized the amount of energy organisms devote to growth versus reproduction at different points in their lives. There is a trade off between the two because energy is limited and so can be devoted to either growth or reproduction, but usually not simultaneously to both (182).

According to life history theorists and biologists Eric Charnov and David Berrigan (182), the optimal age at which a primate species reaches sexual maturity is largely determined by adult mortality – the risk of death due to “extrinsic factors” such as predation, disease, or accidents.