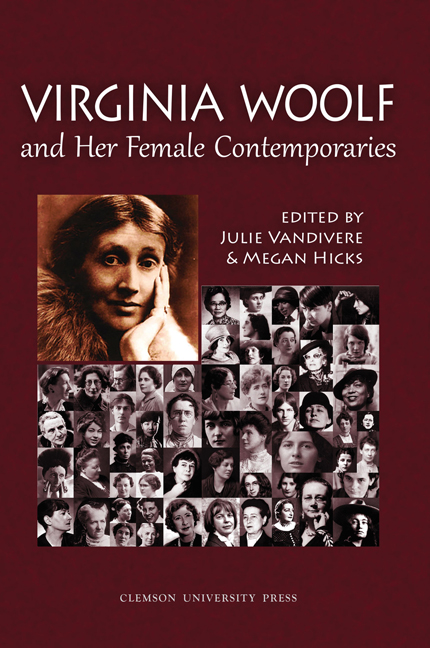 Twists of the Lily: Floral Ambivalence in the Work of Virginia Woolf and Georgia O'Keeffe

As iconic female artists, Virginia Woolf and Georgia O’Keeffe have garnered quite a bit of attention for their use of flowers: one thinks immediately of Woolf 's short story “Kew Gardens,” of the flower shop in Mrs. Dalloway (1925), of the blooming gardens of Fernham in A Room of One's Own (1929), of Rhoda's petals in The Waves (1937), and, of course, of O’Keeffe's giant, vulvic petunias, her upright, autonomous calla lilies, her involuted sweet peas, and her spiraled roses.1 However, a growing body of scholarship, such as Amy King's Bloom, has begun to complicate the simple identification of female and floral beauty, revealing how modernist women artists re-coded flower imagery to covertly express their rebellion against gender conventions. Virginia Woolf began by using flowers in a number of ways: as markers of Victorian gender expectations, as traditional literary-archetypal allusions, as structural devices or design elements often linking characters. But she also deployed them in ways that complicate and extend their conventional associations, in particular presenting them as sometimes-androgynous figures for the integrated and autonomous life. Woolf 's floral imagery can be informatively compared with Georgia O’Keeffe's similarly complicated deployment of flowers as a challenge to over-simplistic Freudian interpretations of her work; both women self-consciously manipulated, reversed, and sometimes deconstructed traditional floral symbolism in an effort to create a new female rhetoric of modernism.

Although inhabiting separate continents, Woolf and O’Keeffe came from similar historical contexts. Born in 1887, Georgia O’Keeffe's background was characterized by art critic Arlene Raven as extending from “‘womb-centered’ Victorian culture” through “‘woman centered’ first wave feminism,” and the description is equally attributable to Woolf, born five years earlier (115). Both Woolf and O’Keeffe had strong ties to the feminist movement: Woolf 's connections to the Strachey sisters and suffragette Ethel Smyth were matched by O’Keeffe's life-long friendship with Anita Pollitzer, who was instrumental in the passage of the Suffrage Amendment. But in her search for independence, Woolf needed to kill off the compliance with floral rituals characteristic of the “Angel in the House” and separate from the old-fashioned gender roles associated with her mother, while O’Keeffe needed to differentiate herself from the sexual innuendos created by the exhibition of the revealing pictures of her taken by Alfred Steiglitz.