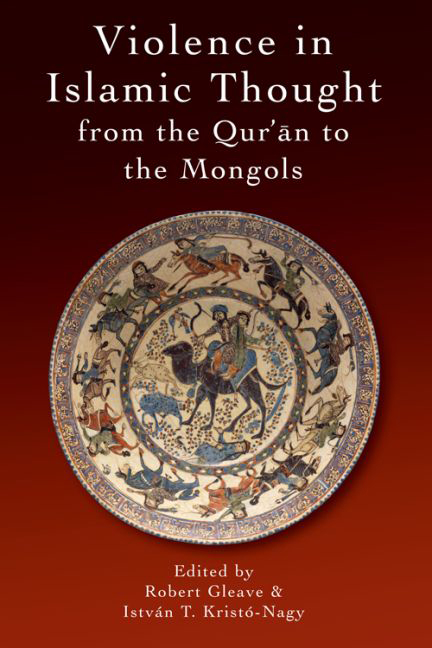 Understanding the character of early jihād has been the focus of much scholarly effort. The relationship between those fighting and the political power of the caliph, the notion of the obligation and appropriateness of continued fighting and the role of the renunciant tradition among early fighters, especially those who become associated with the scholarly classes, are all issues that have drawn attention. The challenges in tackling these issues are many and are primarily related to the limited number and nature of the early sources available to us to clarify the matter. Two early texts that focus on legal aspects of the Qurān comprise sources that have not yet been fully tapped in discussing these questions. One work is by Muqātil b. Sulaymān, who died in 150/767 and, while the text in question, Tafsīr al-Khams Miat Āya min al-Qurān al-Karīm, may have achieved its final form later in the second or even the third hijrī century, it represents some of the earliest Qurānic exegetical material we have available. The second work is by Abū Ubayd, who died in 224/838, and is devoted to abrogation in the Qurān (and, to a lesser extent, the Sunna), entitled Kitāb al-Nāsikh wa-l-mansūkh. What unites these works and makes them suitable for a specific and distinctive analysis in light of the questions surrounding jihād is their singular focus on the Qurān in terms of its relationship to the legal structures and practices of Islam. This makes them quite separate from other early works that have been utilised for information on early conceptions of Muslim warfare, such as those of Ibn al-Mubārak (d. 181/797), al-Fazārī (d. after 185/802) and al-Shaybānī (d. 189/805). Both works are organised according to legal topics and are devoted to assembling the relevant verses of the Qurān under those topical headings (muṣannaf-style). These two early texts argue that Islamic principles can, in fact, be established on the basis of the Qurān or, at least, that the Qurān must be taken into account in defining Muslim practice and behaviour. More specifically, and reflecting what makes these works distinctive, both texts aim to understand and explain Muslim notions of jihād (along with other legal topics) as they find it in scripture.