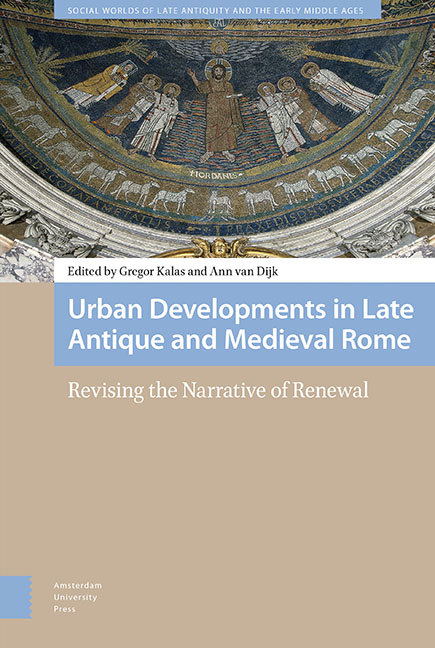 Recent studies in the post-classical and medieval history of Rome have focused attention upon historical memory with great nuance, exploring how perceptions of the past generated innovations and new expressions of identity. This volume considers Rome's cultural developments during Late Antiquity and the Middle Ages by shifting discourse away from the concepts of decline and renewal. There is no doubt that ancient Rome generated a consequential afterlife, since long-lasting reverberations originating from the imperial era shaped the medieval city. Further, there is clear evidence of post-classical Rome suffering from terrible hardships, and there is no denying the gravity of problems that arose throughout the Middle Ages. Yet Romans responded productively and inventively to both changing conditions and dire circumstances. They formulated new modes of literary production, new responses to food shortages, new approaches to scholarly thought, new formats of music and liturgies, and new schemes for presenting monumental artworks during the periods following the so-called fall of Rome. The essays included here by no means ignore periods of renewal, nor do we dispose of the indications of decline altogether; we simply wish to call attention to the importance of cultural stability and productive responses to evolving circumstances. In sum, the authors included in this volume take the post-classical city of Rome out of the shadow of its classical past to explore its continuing transformations and enduring creativity.

Most of the research in this volume stems from a series of scholarly talks hosted by the Marco Institute for Medieval and Renaissance Studies at the University of Tennessee, Knoxville, each of which questioned the theme of renewal by analyzing an aspect of Rome's culture during the Middle Ages and the Renaissance. The Institute's support brought together scholars who considered the ways in which post-classical Rome turned away from classical norms and how Romans responded productively to harsh circumstances. Grateful appreciation is due to all who were involved for their various contributions, including helpful feedback and excellent questions.

The editors would like to thank the staff of the Marco Institute for Medieval and Renaissance Studies for generous assistance facilitating work on this publication. Thomas Burman, who now directs the Medieval Institute at Notre Dame, previously served and offered terrific guidance as the Riggsby Director of the Marco Institute. Jay Rubenstein, subsequently appointed to the same post, provided beneficial support and expert oversight.