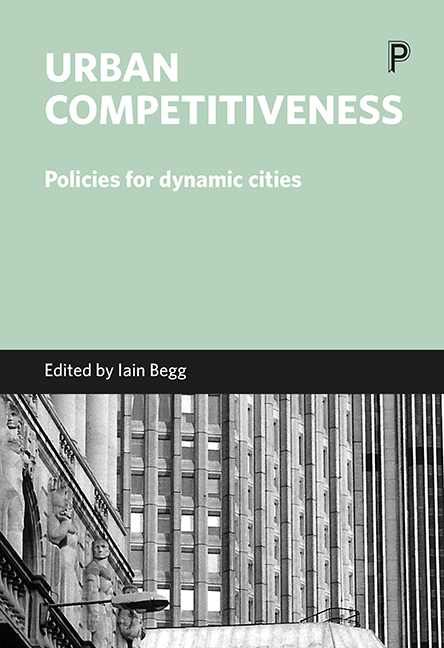 Why some cities prosper while others decline is a complex question. Location, inheritance, governance and sheer luck all play a part in shaping the capacity of a city to nurture, attract and retain economic activity. Opportunities for expansion, regeneration or transformation will depend on the mix of ingredients and how well they are combined, even if no single recipe can be guaranteed to work. Certain urban areas appear to find it easy to reinvent themselves and to accommodate new trends in the labour and product markets, but many struggle to adapt, and become caught in a vicious circle of decline accompanied by growing social exclusion (for a recent review of British cities, see Robson et al, 2000).

Cities devote considerable effort and resources to encouraging the ‘right’ sort of economic development, often in a race against near neighbours, and many policy initiatives are aimed at improving the attractiveness of the city. They are, too, frequently judged by how well they ‘perform’ in league tables of indicators as diverse as income, crime, cost of living, unemployment, environmental quality or excitement of night-life. That cities compete with one another ought, consequently, to be undeniable and the notion of urban competitiveness is a conceptual approach that brings together these various determinants of performance and competition. Yet there are many – Krugman (1996) is particularly associated with this standpoint – who would argue that only firms compete and that it makes little sense to apply the term to territorial units.

What the different contributions to this volume demonstrate, however, is that there is indeed value in looking at competitiveness from the perspective of the city, but that it encompasses a wide range of influences (as I have argued elsewhere – Begg, 1999) and needs to be approached with care in applying it to policy. The starting-point is to flesh out what can and cannot be measured. This chapter then looks at factors that shape urban competitiveness and at the policy issues raised. The concluding sections look at how some of the techniques discussed in earlier chapters might be applied for policy purposes and at possible directions for further research.