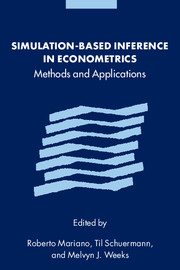 Econometric time series analysis is the discipline of using data to revise beliefs about economic questions, especially about the future. These questions have a common structure. Given data resulting from past behavior, and a set of assumptions about economic behavior (or, several sets of competing assumptions), what decision or action should be taken at the present time? The decision for action might involve public economic policy, a private economic decision, or a choice between competing assumptions.

Unfortunately economic questions are rarely laid out so explicitly. Interactions between assumptions and data are studied by a group of individuals, who (following Hildreth (1963)) we may call investigators. The investigators' tasks are complicated by the facts that data sets are constantly being updated, new models are continually being introduced and old ones modified, and the complete constellation of alternative assumptions is never neatly defined. Decisions are made by another group of individuals, who (again, following Hildreth) we may call clients. An ultimate client may be a public or private sector decision making body, in the case of policy, or the scholarly community, in the case of choices among assumptions. Investigators typically have at best a vague idea who the clients are, and exactly what use clients will wish to make of their results.

This chapter surveys some recently developed methods that hold fresh promise for investigators and their clients. These methods are based on the Bayesian paradigm for the use of economic time series, and on recent advances in simulation methods for the implementation of that paradigm.