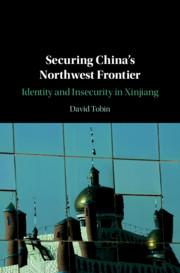 Since the 2008 global financial crisis and US military interventions in the Middle East, China’s leaders consider themselves in an unparalleled strategic ‘window of opportunity’ under ‘new conditions’ of Western decline that could enable transformation of world order for centuries. China’s Leading public intellectuals draw attention to Western failures combined with China’s double-digit growth figures to argue the world has entered a ‘post-American century’. These politically influential thinkers believe China will be a ‘new type of superpower’ that rules by consent and attraction instead of ‘Western’ coercion and assimilation (Hu & Hu, ).* This optimism amongst Chinese elites and scholars has driven public debate in popular books and online commentary, culminating in Xi Jinping’s signature slogan of the ‘China Dream’ of the Great Revival (weida fuxing 伟大复兴) to become a ‘strong and prosperous nation’ (fuqiang daguo 富强大国) again. However, this optimism conceals deep pessimism at the heart of these debates that identity and insecurity on China’s ethnic peripheries could derail the Great Revival. While the 2008 Beijing Olympics slogan, ‘one-world-one-dream’, circulated across official media, riots and inter-ethnic violence exploded in Lhasa, Tibet. The 60th anniversary of the founding of the People’s Republic of China (PRC) was subsequently overshadowed by ethnically targeted violence between Turkic-speaking Muslim Uyghurs and the Han ethnic majority. The events of July 2009 claimed at least 197 lives in Ürümchi, the capital city of the Xinjiang Uyghur Autonomous Region (XUAR) (Xinhua, ). The violence sparked broad debates amongst China’s ethnic policy thinkers about the relationship between identity and national security. Wang Yang, Guangdong Party Committee Secretary, now head of the Central Committee’s Xinjiang Work Group, suggested that China must re-adjust its ethnic minority policies ‘or there will be further difficulties’ (Smith Finley, , p.78). This book analyses the social and political dynamics in Xinjiang that led to the turning point of 2009, culminating in a rethink of identity and security in China and ethnic policy shifts towards ‘fusion’ (jiaorong 交融).