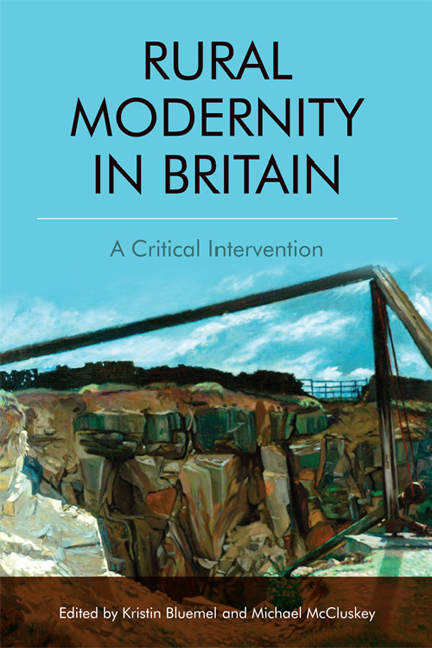 ‘The last twenty years having witnessed so much change in the village, it is interesting to speculate as to the farther changes that may be looked for in the years to come,’ George Sturt writes in Change in the Village (1912), his observations on rural social history. In the book's final section, ‘The Forward Movement’, he sets out his ideas for what he sees as a shift in outlook among the people he observes toward the changing world around them:

The changes so far observed have been thrust upon the people from the outside – changes in their material or social environment, followed by mere negations on their part, in the abandonment of traditional outlooks and ambitions; and of course in that negative direction the movement must come to an end at last. But when there are no more old habits to be given up, there is still plenty of scope for acquiring new ones, and this is the possibility that has to be considered. What if, quietly and out of sight – so quietly and inconspicuously as to be unnoticed even by the people themselves – their English nature dissatisfied with negations, should have instinctively set to work in a positive direction to discover a new outlook and new ambitions? (pp. 165–6)

Rural Modernity in Britain: A Critical Intervention puts the focus on this new outlook and new ambitions through a study of writers, artists and other agents that investigated and helped to instigate the changes that Sturt saw coming among the rural people he writes about. Quiet and inconspicuous activities are considered in the context of dramatic changes in material and social conditions throughout Britain in order to examine the histories of relations between rural and urban places, economies, classes, identities, images, arts and cultures. The overarching goal of this project is to promote rural people and places as important yet often-ignored subjects for studies of British modernisation, modernism and modernity.

In the early twentieth century, rural areas experienced economic depression, the expansion of transport and communication networks, the rollout of electricity, the loss of land and the erosion of local identities. Who celebrated these changes? Who resisted them?