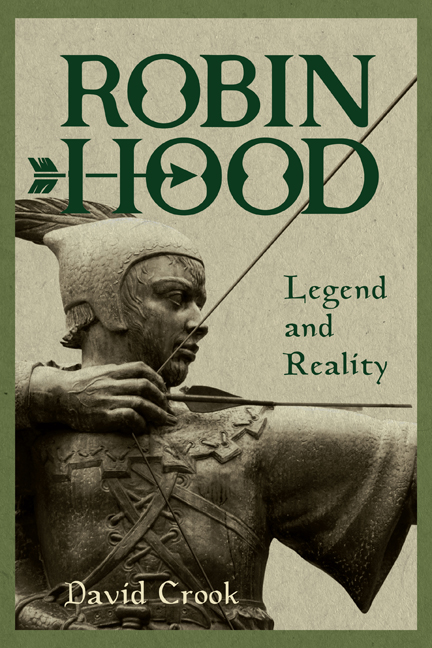 Robin Hood: Legend and Reality
Buy print or eBook[Opens in a new window]

The origin of the Robin Hood legend may, I suggest, lie in Yorkshire in the decade following the issue of Magna Carta in 1215, at the end of which the criminal career of a fugitive, Robert of Wetherby, perhaps the original Robin Hood, came to a sudden and brutal end. It took place against the background of major political tensions arising from the antagonism between the energetic King John and leading members of northern society, who were not used to forceful royal interference in their region. John visited the north of England far more than any of his predecessors, and tried to integrate it more fully with the rest of the country than ever before. His sustained attempts to do so eventually gave rise to strong opposition, and the northern counties were particularly unsettled during the later stages of his reign from 1212 onwards, when a series of events took place which eventually resulted in the king's concessions made in Magna Carta. Despite the confirmations of the Charter in 1216 and 1217, the situation in the north remained hostile to the crown in the years following the accession of John's son, Henry III, then nine years old, in the autumn of 1216, and particularly so in Yorkshire, the largest county. The situation there was such, it will be argued, that it provided a suitable background for a successful and notorious criminal career to begin, flourish for a while and then be extinguished.

In the summer of 1212 there was a baronial plot against John's life, and a number of northern barons were suspected of involvement. One, Eustace de Vesci, fled abroad and, after a royal visit to the north, others gave the king hostages for their good behaviour. Yorkshire was thus the earliest focus of resistance to John's rule, and, after a short period during which the king was more conciliatory, their opposition continued to the end of his reign and beyond. Many of the leading rebels were lords with their main interests in Yorkshire, men such as de Vesci, Robert de Ros, William de Mowbray, Richard de Percy and Nicholas de Stuteville. When war began, John's campaign in the north in January 1216 did nothing to reconcile leading Yorkshiremen to Plantagenet rule from Westminster, and probably further inflamed the situation.