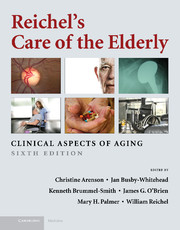 51 - Cell Biology and Physiology of Aging

“Our culture's compulsive spinning of old age into gold can inflict psychospiritual harm when it lures people into expecting a perpetually gilded existence, with an infomercial alchemist available at every rough and turbulent bend in the road to provide correctives that keep our lives shiny. Without more prevalently honest cultural representations of aging to inform our sensibilities, many of us approach the prospect of becoming old as though it were an option, and we view any failure to grab the gold as an anomaly, a personal flaw, the result of a doctor's incompetence, an HMO's stinginess with resources, or some great cosmic unfairness”.

Human aging can be defined as that time in postreproductive development when systematic deterioration begins at various rates and severity in multiple organ systems and results in random physiological disorder, which ultimately precedes death.

Although there may be some legitimacy that basic aging research appears to overlook the potential translation of findings to patient care, overall the intention has been to keep an “eye on the prize,” that is, to “understand” the complex phenomenon known as aging. It is only through work on yeast, worms, flies, mice, monkeys, and humans will an understanding be reached of this long-pondered puzzle of nature. This inquiry, to most investigators, is neither to view aging as a disease nor to extend the human life span but rather to understand the basic biology of aging and to translate these findings to help promote “successful aging.” The term “functional longevity,” which implies a facilitation of sensory, cognitive, and physical stability enabling elderly individuals to enjoy fully their ever-increasing golden years, would appear to be a most desirable description of successful aging.