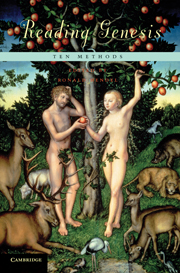 Literary approaches to the bible

Perceptions of the literary dimensions of the Hebrew Bible have a long prehistory, and they surely did not begin in America, England, Israel, and the Netherlands in the 1970s, as some have imagined. It is obviously true that the notion of Scripture as literal revelation, shared by Christians and Jews, to a large extent deflected interpreters over the centuries from explicitly considering the literary shaping of the biblical texts, which were characteristically viewed as sources of theological truth and moral or spiritual instruction. Nevertheless, these texts had some very good readers from Late Antiquity onward who were by no means blind to the literary richness of the narratives and the poetry. Thus, the framers of rabbinic Midrash more than a millennium and a half ago, of course did not speak of recurrent motifs or mirroring episodes as a modern literary critic might do. Yet, Genesis Rabbah picked up the motif of deception through a garment, in each case linked with a kid, and the recurring keyword recognize (haker), which tied in Genesis 38 with Genesis 37. They equally identified the story of Jacob's switched brides as a measure-for-measure response to the story of his stealing the paternal blessing.

A finely imaginative sensitivity to the literary articulations of the biblical texts is registered in thousands of instances of allusions to the Bible in medieval Hebrew poetry, especially in its greatest age in eleventh- and twelfth-century Spain. Poets such as Samuel Hanagid, Solomon ibn Gabirol, Moses ibn Ezra, and Judah Halevi, although they were believing Jews who presumably saw the Bible as divine revelation, clearly were also reading both the narratives and the poems as literature because their responsiveness to the imagery of the biblical poems and to the complexities of the biblical stories is strongly registered in their own poetry. A paradigmatic case in point is the beginning of a poem by Hanagid on the death of his beloved brother Yitzhak: “May God grant grace to you, my brother.” This is a precise quotation of Joseph's words to Benjamin when his younger brother is first brought to him in Egypt (Genesis 43:29), except that Joseph says “my son,” still concealing his true identity. Soon he will reveal himself and embrace his brother, weeping. Hanagid uses the term of true relationship that Joseph withholds, but he is keenly aware that in his case there can be no reunion with the brother now parted from him forever. His identification with the biblical figure is heightened by his awareness that he, too, is a Hebrew who has ascended to great power, as vizier of Granada. In all of this, he is brilliantly reading the narrative in Genesis as a moving story. At least in Hebrew tradition, the Bible maintained what I have called elsewhere a “double canonicity,” literary as well as doctrinal.