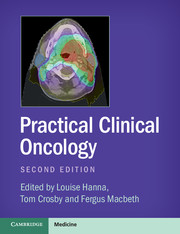 Neuroendocrine tumours (NETs) constitute a heterogeneous group of neoplasms with significant variation in their mode of presentation and biological behaviour. They arise from neuroendocrine cells, which are widely distributed in the body; the spectrum of tumours that fall under this classification is accordingly diverse. Although tumours can arise within endocrine glands such as the pituitary and the parathyroids, tumours at these sites are typically benign, with limited growth potential, and are traditionally managed by endocrinologists. This chapter therefore focuses largely on NETs arising within the bronchial or gastroenteropancreatic systems, historically termed carcinoid tumours.

Management of these rare tumours is improving due to advances in imaging and to the increased use of multidisciplinary teams in specialist centres (Kaltsas et al., 2004; Ramage et al., 2012). Treatment options are diverse and should be tailored individually, but they may include one or more of surgery, medical therapy (somatostatin analogues, interferon alpha, sunitinib and everolimus), chemotherapy, radionuclide therapy, ablative therapy and embolisation. Current clinical trials are focused on defining the optimal use of existing therapies and exploring novel agents such as angiogenesis and MTOR inhibitors.

NETs are classified according to (1) histological differentiation and grading, and (2) staging, based on primary tumour site.

The WHO 2010 classification (Bosman et al., 2010) is based upon the concept that all NETs have malignant potential and is organised according to grade and stage.

Grading is based upon morphological criteria and the proliferative activity of the tumour, including the mitotic activity and/or Ki-67 labelling index. Well-differentiated tumours are divided into low-grade (G1) and intermediate-grade (G2) categories. All poorly differentiated NETs are classified as high-grade (G3) neuroendocrine carcinomas.

The UK annual disease incidence is estimated at 2–5 cases/100,000 patients, with a slight female predominance. Disease incidence is thought to be increasing overall, possibly due to increased diagnostic awareness (Modlin et al., 2008). Autopsy studies indicate that small, clinically unrecognised NETs are relatively common (up to 10% for pancreatic NETs). There is no definite geographical variation in tumour incidence, although there are reported ethnic differences, with African-Americans having the highest incidence of 6.5 per 100,000 per year (Modlin et al., 2003). The average age at diagnosis is 61 years.