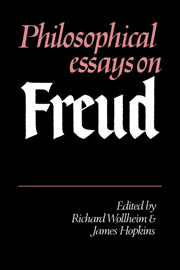 10 - On the generation and classification of defence mechanisms

The work to be presented here is an attempt to work out the rudimentary principles of a theory of the defence mechanisms. More specifically, we will attempt to lay out a framework within which the defence mechanisms may be systematically defined, generated and classified. The recent literature, both psychological and psychoanalytic, is full of comments concerning the need for systematic treatment of psychoanalytic theory. A good summary of the situation may be found in Rapaport's monograph (1960).

The approach we have used in this paper falls generally within the framework of the use of mathematical models in psychology, although the developments are elementary and, we believe, totally self-contained within the framework of our discussion of the defence mechanisms. The problems in developing specific mathematical models for given parts of psychoanalytic theory are formidable, and we do not pretend to be clear as to how all these problems are to be solved. Nevertheless, the kinds of success that have been achieved by using mathematics in other areas of science, including other areas of psychology, suggest that a piecemeal approach may be useful at the present stage. We think that the elementary mathematical models we have used in the present paper to provide a definite scheme for generating and classifying the defence mechanisms provide an example of such a piecemeal approach.

By using elementary formal methods we have been able to bring a viewpoint to the classification of the defence mechanisms that seems not to have been previously presented in the literature.