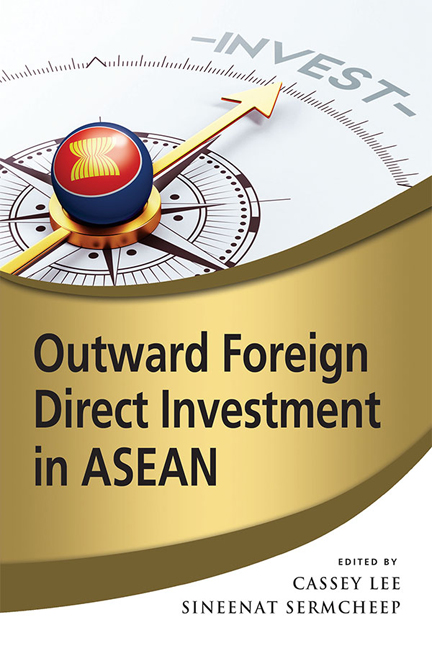 Outward foreign direct investment (OFDI) from developing countries has been growing significantly since the turn of the century. According to a recent study by UNCTAD, the share of developing country's outward FDI to global outflows has increased from 11.79 per cent in 2000 to 33.79 per cent in 2014. These growing outflows are driven by an increase in capital and trade openness from globalization and economic integration, and an increase in participation in international production networks.

ASEAN, a group of mostly developing countries in Southeast Asia, has, in between times, played an active role in international investment. Many ASEAN countries are already destinations of FDI from the developed economies. More recently, some of these countries have adjusted their own positions from being net capital inflow countries to become net capital outflow countries. Today, the obvious major investors from ASEAN are Singapore, Malaysia, and Thailand — collectively generating 79.54 per cent of outward FDI from ASEAN in 2014. With the advent of the ASEAN Economic Community (AEC) in 2016 and beyond, these net capital outflows from ASEAN to other destinations will continue to expand.

As a matter of fact, outward FDI from ASEAN countries is only at the beginning stage, so there is no wonder why literature on the topic is still very limited. To understand the integrated picture of outward FDI and to foresee the potential future of outward FDI in ASEAN, an overview of outward FDI in the region as well as the role of AEC should be examined. By bringing in the experiences from each country, as major investors or as major recipients of FDI, and the new players in the region will help to contribute to a more complete and integrated picture of international investment in ASEAN.

For this reason, ASEAN Studies Center and the Faculty of Economics, Chulalongkorn University and ISEAS – Yusof Ishak Institute jointly cooperated in this book project. The objectives of this book are to: (1) discuss the development of outward FDI in ASEAN; (2) examine the potential impact of AEC on outward FDI in ASEAN; and (3) discuss the experiences of the major investors from ASEAN (Singapore, Malaysia, Thailand), potential investors (Vietnam and Indonesia) and a major recipient of FDI (Myanmar).