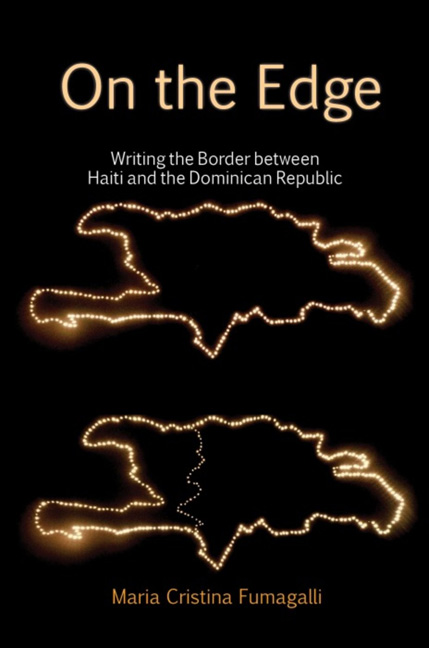 The texts analysed in the previous chapters highlight the existence of areas overlapping with the current borderland of Hispaniola which, like the chiefdom of Jaragua and the indigenous strongholds in the Bahoruco mountains, were characterized by a rebellious ethos before and after the two European colonies established themselves on the island. The same can be said, as we have seen, for the ‘borderland from below’, which played a decisive role in the 1791 slave uprising and the Haitian Revolution that followed it and erased forever the French colony of Saint Domingue from the world map. Unavoidably, these events also had social, political, racial, and religious repercussions on the Spanish side of Hispaniola. Esteban Deive's Viento Negro, bosque del caimán (‘Black Wind, Bois Caiman’, 2002) reconstructs the effects of this earth-shattering historical moment on Spanish Santo Domingo – a usually neglected perspective – while recasting the borderland as a site for rich cross-cultural exchange. Born in Spain in 1935, Deive moved to Santo Domingo in 1955 and, ten years later, was given Dominican nationality. Deive lives in Santo Domingo and is currently a member of the Academia Dominicana de la Lengua; he is the author of many books on Dominican history and cultural anthropology as well as of novels and plays for which he has received numerous awards – among others, Premio Nacional de Literatura in 1962 and 2001; Premio Nacional de Ensayo in 1976 and 1981; Premio Siboney de Literatura in 1978; and Premio Alonso de Suazo de Historia in 1980.

Deive's Viento Negro criss-crosses Hispaniola at a crucial time in its past and from the point of view of a problematic and tense present, and insists that a better future for the island depends on a transcolonial and transnational understanding of its history and on the elimination, once and for all, of xenophobic nationalism. A revisitation of dominant discourses related to the magical world of the island and to the representation of Vodou plays an important part in Deive's recasting of the past and in his creative narrative which, in a way like Vodou itself, aims to go beyond differences and previous enmities to highlight and gain strength from connections, mutual influences, and shared (but disavowed) empowering experiences.