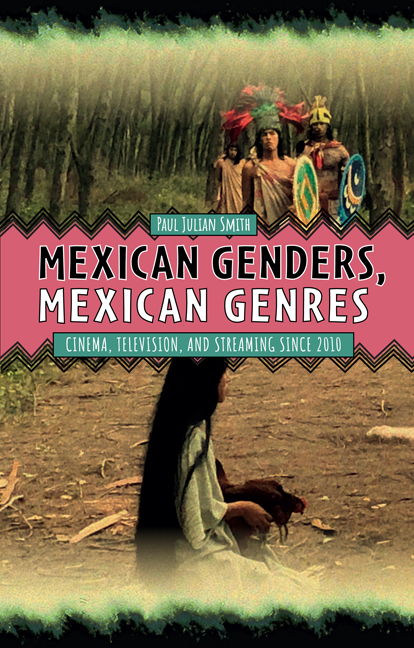 In a chapter of a previous book, I identified a trend that I called “post-homophobic” comedy in Mexico: mainstream feature films, such as Macho (Antonio Serrano, 2016) and Hazlo como hombre (“Do It Like an Hombre,” Nicolás López, 2017), in which it is not homosexuality but homophobia that is presented as humorous; and it is not the gay character but the macho man who is the butt of the joke (Smith, Multiplatform 45–60). In this first chapter I will suggest that a parallel phenomenon is what we might call “post-patriarchal” comedy. Just as the post-homophobic films assume a progressive society (and commercial movie audience) for whom homophobia is a ridiculous anomaly and gayness universally acceptable, so these post-patriarchal films are based on the premise that in modern Mexico (as in Spain) the old-school patriarch is a figure of fun; and women, especially working women, are deserving of not just gender equality but full autonomy.

My two trans-Atlantic texts here, both given wide and successful commercial releases at home in 2018 and thus too recent to have received academic attention, are versions of a Chilean original by Nicolás López once more, Sin filtro (“No Filter,” 2016). Currently available on streaming services, the Mexican remake is called Una mujer sin filtro (“A Woman with No Filter,” Luis Eduardo Reyes), and the near simultaneous Spanish version is Sin rodeos (“Empowered,” Santiago Segura). The shared protagonist of the trans-Atlantic franchise is a troubled and submissive woman named with transparent irony “Paz” (“Peace”), a creative executive at an advertising agency, who is exploited by a deadbeat husband and ungrateful stepson at home and an insulting boss and asinine digital media rival at work.

The two films’ shared premise is that, after drinking a supposedly magic potion, Paz is suddenly compelled to speak the unvarnished truth to all those she has previously suffered in silence. Strikingly, in both versions female acquaintances are almost as abusive as the males: Paz's selfish sister offloads her beloved cat on to the harassed heroine (inevitably it dies); her best friend is a gym- and cell-phone-addict (the phone will end up at the bottom of a swimming pool).