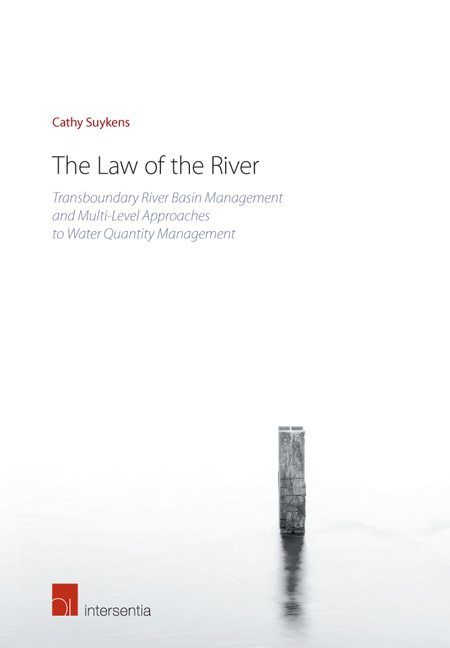 Chapter IV - Case Study: Transboundary Water Governance in the United States with a Focus on the Delaware Basin

The main question with regard to river basin management relates to the identification of the mechanism or process used to address the issues inherent to transboundary water bodies, and once these are identified, the appropriateness of the level of authority at which this should be done. Inter-jurisdictional water quantity management issues have existed in the United States since the country was formed. Over time, the states and the federal level have been seeking solutions to the question how to appropriately govern water resources that cross the state boundaries, i.e. in terms of finding the appropriate scale, the material scope, and so forth. The manner in which these transboundary water resources have been managed, has undergone great changes over the past century.

In Chapters II and III of this book, fragmentation in the context of water resources management in the EU and its Member States, here with respect to the Scheldt basin, has been identified as an important issue. Within one International River Basin District in the EU, a vast number of competent authorities operate, both at the hydrological scale and beyond, with different characteristics, e.g. in terms of legal personality, decision-making powers, levels of government, and so forth. The US has struggled with similar issues: (i) functions of the federal agencies often overlap, (ii) different aspects of water management are regulated by the states and the federal level, and where these are regulated by the federal level, they are implemented differently in the states, (iii) water quantity and water quality are governed by different institutions and there is oft en a lack of integration, and (iv) different water doctrines exist in the East and West of the country. In the US especially, different aspects of water resources management belong to competence spheres of different federal and state agencies, e.g. the EPA Office of Water is involved in broad aspects of water management, but the Drinking Water Office is involved in drinking water quality, Wastewater Office, Science/Tech Office and Watershed Management in surface water quality, and so forth.

The primary responsibility and competence with regard to water quantity management lies with the states. The federal level has several tools to intervene, based on the Constitution and case law. Over time, the awareness grew that the Supreme Court adjudication mechanism for transboundary water disputes was wholly inappropriate, as the Court itself declared.