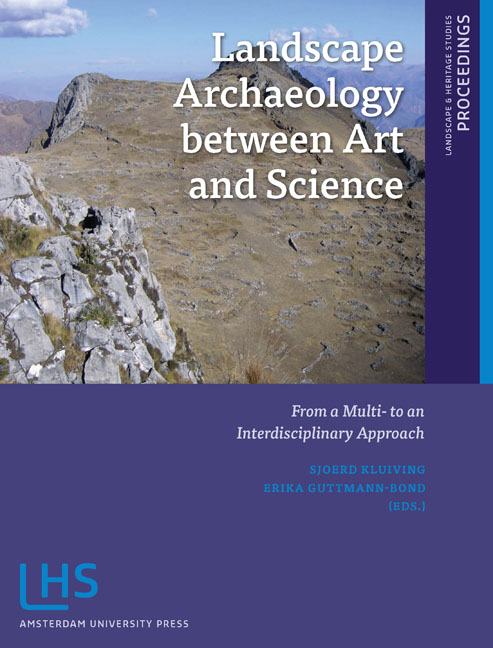 Since the 1960s, ‘landscape’ has been a key topic of archaeological research all over the world. Initially drawing on environmental archaeology, and using models from the earth sciences as well as cultural ecology, landscapes have been conceptualised predominantly as the natural environments determining human behaviour or as a backdrop to human action. In the New Archaeology of the 1960s, ecology and settlement patterns were studied together with anthropology, with the aim of piecing together information on past economic and social systems (Trigger 1989, 295). Lewis Binford argued that the goal of archaeology should be to understand the range of human behaviours and the differences in culture, based on a belief that cultures were adaptive responses to our environment (Binford 1962), and archaeologists at the time were optimistic that culture and culture change were rational and could be predicted based on archaeological assemblages and settlement patterns.

In the 1980s, a new theoretical perspective, post-processualism, rejected most of the tenets of processualism. Ian Hodder, a key proponent of the new thinking, argued that cultures are not predictable and that artefacts and symbols have different meanings depending on context and culture (Hodder 1986). Within this new school of research, it is not so much the mechanisms of human adaptation to changing natural circumstances that deserve attention, as the different ways in which people in the past perceived and ordered their environments according to space, time and culture. New diachronic approaches were developed that highlight the continuous reuse of monuments and the constant reordering of landscapes within subsequent societies with different social, ritual and mnemonic systems. A similar development took place in the field of Historical Geography from the 1980s, mainly based on the ideas of the New Cultural Geography, with Denis Cosgrove and Stephen Daniels as its main exponents (Cosgrove & Daniels, 1984). Landscape Archaeology in the 21st century is divided between, on the one hand, various interdisciplinary approaches based on intensive fieldwork, aimed at mapping and documenting landscapes and using quantitative methods for predictive modelling (Verhagen, this volume), and on the other hand, post-processualist approaches which aim to understand landscapes as reflections of past societies (e.g. David & Thomas, 2008).