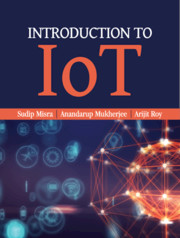 The Internet of Things (IoT) paradigm has grown by leaps and bounds in the past decade. Nowadays, IoT is a common presence in households, transportation, markets, retail, banking, industries, education, and logistics. Yet regular innovative developments in IoT continue to flood the market. IoT has given rise to many interesting applications and resulted in the development of new networking and communication technologies that are designed specifically for IoT-oriented tasks. Manually intensive, yet crucial, domains of healthcare, agriculture, and transportation now rely heavily on IoT applications. The inclusion of IoT applications in these domains has resulted in facilitating their automation, enhanced safety, and precision of operations and allowed the inclusion of scientifically optimized practices. It is popularly considered that the rapid rise of IoT resulted from the inclusion of the beneficial features from the paradigms and technologies of Internet computing, cloud computing, wireless sensor networks (WSN), cyber-physical systems (CPS), and machine-to-machine (M2M) communications. All through its development, IoT has been supported by the popular networking paradigms in distributed systems, namely of cloud computing and edge and fog computing. These have allowed the massive, yet affordable, deployment of IoT across various domains. The emergence of the recent paradigm of edge computing can be directly attributed to IoT. IoT has also motivated the development of numerous connectivity and communication protocols and technologies such as IPv6, MQTT, 6LoWPAN, and LoRA, amongst others.

Unlike other books on IoT, already available on the market, this book provides detailed and interlinked coverage of topics related to IoT networks. The authors have designed this book carefully so that it acts as a guide and a single point of reference to IoT networks for beginners, as well as those already familiar with the technologies connected to IoT. With applications in the domains of agriculture, healthcare, electronics, power sector, industries, households, consumer electronics, computing, analytics, environment, transportation, logistics, security, military, surveillance, and many others, it is no wonder that the demand for deeper insights into IoT technologies is increasing day by day. The involvement of people from diverse backgrounds makes it necessary to create a concise repository of information on this new technology. The Internet hosts much information on IoT (theory, tutorials, courses, and implementations). However, they are so scattered that even professionals in this field have trouble obtaining connected and concise information.