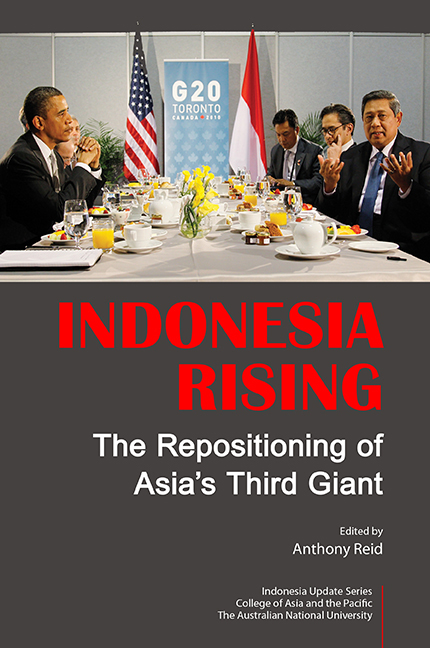 6 - Can Indonesia Lead on Climate Change?

Indonesia's environment matters not only to the quality of life of its people, but also to its neighbours and the world. Indonesia is among the world's largest emitters of carbon dioxide, but it has good opportunities to reduce those emissions to the benefit of future generations everywhere. Better management of the environment could also have more tangible benefits, such as saving Indonesia's neighbours from haze pollution, reducing flooding, increasing agricultural productivity and protecting Indonesia's globally important reservoirs of biological diversity.

There is a fundamental tension between the environment and development in Indonesia (Resosudarmo and Jotzo 2009). The country is exceptionally well endowed with natural resources, the exploitation of which accounts for a large share of economic activity. Conversion of natural forests to oil palm plantations brings jobs and infrastructure to backward areas. It also creates large profits for industry as well as substantial tax revenues. So does mining for minerals and coal, and the extraction of oil and gas. Meanwhile, growth in service and manufacturing industries together with rising household incomes mean ever-increasing demand for electricity and other forms of energy.

Managing the environmental effects of economic development is a challenge for all countries. Sustainability entered mainstream global strategic thinking with the 1992 Rio Earth Summit and today finds its expression in the ambition for ‘green growth’. Climate change is the emblematic issue in the quest for green growth, as rapid global economic growth using the conventional, greenhouse gas-intensive model could result in dangerous changes to the world's climate. The issue is not to slow development and economic growth but to achieve such growth in a manner that puts less stress on the environment.

Indonesia could play an important role in the global effort to put economies on a more environmentally sustainable footing. On climate change in particular, Indonesia might be able to take a leadership role among developing countries, because of its potential to change its trajectory in deforestation and energy supply, and because of its strategic position as a large, fast-growing developing country that tends to look for a middle way in international affairs.