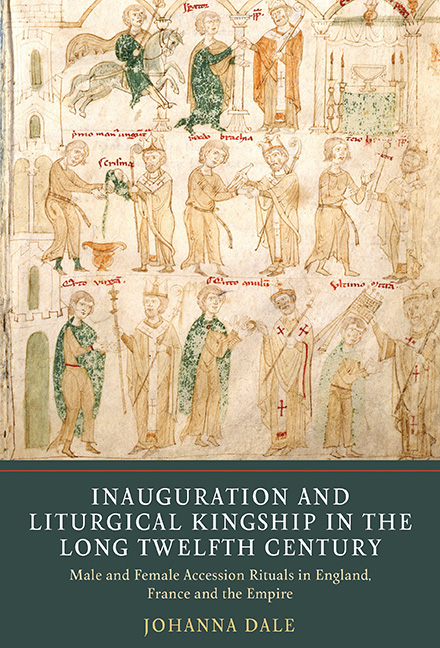 4 - What and When? Consecration and the Liturgical Calendar

The previous chapter concentrated on two of the four items of information most often found in cursory narrative accounts of royal and imperial inauguration. As has been demonstrated, the location and celebrant were the legitimizing factors in an inauguration, and it is for this reason we so often find the information in the sources. In this period the narrative sources very rarely allude directly to liturgical texts. The case of David Scottus's account, which William of Malmesbury incorporated into his Gesta regum Anglorum, is a rare exception. Apart from Roger of Howden's account of Richard I's inauguration, we also find no other description encompassing all the ritual actions and handing over of various items of insignia. This is not to say, however, that the narrative sources are not imbued with liturgical resonances. This chapter is concerned with how writers described royal inauguration with a particular focus on the vocabulary employed. It will be argued that careful consideration of the words used by contemporaries to describe inauguration demonstrates that the rite continued to be understood as intimately related to episcopal consecration. The final piece of information we often find in cursory narrative accounts is the date on which an inauguration took place. In returning to the relative chronology of the medieval period, a host of liturgical references will be uncovered. These resonances point to the conscious manipulation of the liturgy in the construction of images of kingship throughout the period under consideration.

Mirroring medieval practice, I have used a number of words in this book to describe the constitutive ceremony in which a king or emperor, queen or empress, was made. In line with current scholarly consensus, I deliberately chose to use the word ‘inauguration’ in the title of this book. The word ‘inauguration’ is favoured because, as is apparent from the liturgical texts analysed in earlier chapters, coronation was and is but one action in the making of a king. Scholars stress that the word ‘coronation’ is insufficient in that it prioritizes the act of crowning over that of anointing, and as will be demonstrated, a coronation in the medieval sense was not in itself a constitutive ceremony. Furthermore, using the word ‘coronation’ to describe a monarch's inauguration causes us difficulty when discussing crownings that were not constitutive and that took place without an anointing.