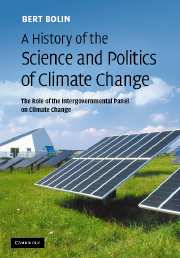 2 - The natural carbon cycle and life on earth

Our knowledge about the global carbon cycle can be made more robust by making use of the condition of mass continuity, distributions of tracers and interactions with the the nutrient cycles.

Glimpses of the historical development of our knowledge

Carbon is the basic element of life. All organic compounds in nature contain carbon and the carbon dioxide in the atmosphere is the source of the carbon that plants assimilate in the process of photosynthesis. An understanding of the global carbon cycle is of basic importance in studies of human-induced climate change, not only because of the need to determine expected changes of atmospheric carbon dioxide concentrations due to human emission, but because natural changes of the carbon cycle may also have influenced the climate in the past.

The detection of the fundamental chemical and biochemical processes of relevance in this context is a most important part of the development of chemistry during the eighteenth century and the first decades of the nineteenth century. Joseph Black (1754) is credited with the discovery of carbon dioxide gas. Its real nature was, however, not very well understood until Carl W. Scheele in Sweden and Joseph Priestley in England identified ‘fire air’ (i.e. oxygen) a few decades later and the French chemist Lavoisier correctly interpreted the concepts of fire and combustion. When carbon burns, carbon dioxide is formed.

It was not realised until well into the nineteenth century that carbon dioxide, like oxygen and nitrogen, is a permanent constituent of the air and that it is a source of carbon for plants. However, it was not then possible to measure the amount present in the atmosphere.

Type
Chapter
Information
A History of the Science and Politics of Climate Change
The Role of the Intergovernmental Panel on Climate Change
, pp. 9 - 18
DOI: https://doi.org/10.1017/CBO9780511721731.003[Opens in a new window]
Publisher: Cambridge University Press
Print publication year: 2007