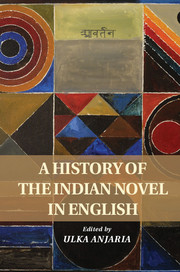 9 - Found in Translation: Self, Caste, and Other in Three Modern Texts

One cannot be for or against modernity; one can only devise strategies for coping with it.

Translation in the Indian Context

Speaking at a “ Translating India” conference at the Sahitya Akademi (India's National Academy of Letters) in 2001, the celebrated Kannada writer U. R. Anantha Murthy began with this provocation: “Which work is worth translating? It should be a book not written to be translated. People have begun to write to be translated – a bad tendency. A work should belong deeply to its own culture, and a writer should have no consciousness of the reader. A writer should be speaking to herself.” Anantha Murthy was critiquing the tendency he saw among bhasha (literally meaning “tongue,” and the colloquial term used to refer to Indian languages other than English) writers who feel they must be translated into English to be recognized. It is the effect this realization has on the writing process that disturbed him, akin to the internal colonialism that has long plagued the Indian elite. If a writer's very interiority becomes compromised by this realization, what then will be the consequences for literary art? What he prescribed at the conference was for writers to use their language in a way that would require people to learn the original language to read the work. It is this type of writing, he argued – “the untranslatable work” – that is a worthwhile task for the translator. A work should be thoroughly immersed in the worldview of the original language; it should strive to be fully of that world as experienced and understood by the author. It should be so steeped in that world that when it is translated, English itself should gain the qualities of the source language.

It is in this respect that I see all translations of Indian novels into English as a contribution to Indian writing in English and not merely translated texts. Translations originate with a non-English language vision of the world, but the process of translating brings that vision into the English language and in conversation with an Indian English worldview, transmitting the qualities, as it were, of the source language.