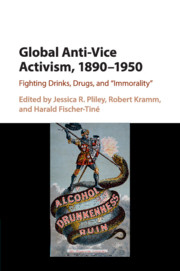 In his memoirs, World War II and Korean War veteran Alton Chamberlin described his passage from the naval base in Sasebo, Japan, to the port of Pusan in Korea in May 1952 during the Korean War. In detail he remembered how he and his pals from the 97th Infantry Division were struck by the smell of Korea, which “stunk like stale shit” and “reeked of urine, feces, sweat and all other foul odors combined.” While he wondered “how people could stand it,” his companion Bill Brownly instantly remarked that “the Koreans must be very primitive and uncivilized,” which led another, George Goodboy, to conclude that Korea would be “a fucking place to have a fight for.” After they had landed in Pusan and took a stroll at Pusan's harbor, Chamberlin continued in his memoirs:

A young, barefoot, dirty faced little boy approached us. “Hey, GI, want pretty flower girl?,” he asked. “Only ten dollars. Come on. I take you to her. You have good fuck … “You like cherry girl?” the boy persisted. “I let you fuck my little sister. She number one cherry girl. I know. I fuck her myself.” Bill waved him away with his hand. “Go on, get [lost]. We don't want any whores.” “Wait,” I said. “Let's talk to him. I wouldn't mind to get laid.” “Are you out of your mind?,” asked George in amazement. “We don't want to get v.d. [venereal disease] from a dirty prostitute or a knife in the back from a communist guerrilla.” Bill agreed with him. “I've never been promiscuous in my life. I'm not about to lower myself now by having sex with a Korean whore.”

In his initial, very polemic and discriminatory impression of Korea, Chamberlin followed common patterns of US military representation of the “land of the morning sun”: fetidness, dirt, filth, and a general lack of sanitation were related to Korea's primitivism, health hazards, and oriental promiscuity. Commercial sex was portrayed as cheap and available, but also risky – mainly due to the absence of any moral standards and omnipresence of venereal diseases. Although this narrated incident occurred slightly beyond the temporal scope of this chapter, and was even written in retrospect after the actual event, Chamberlin's writings were embedded into a manifest discourse that formed America's representation of Korea since the mid-1940s.