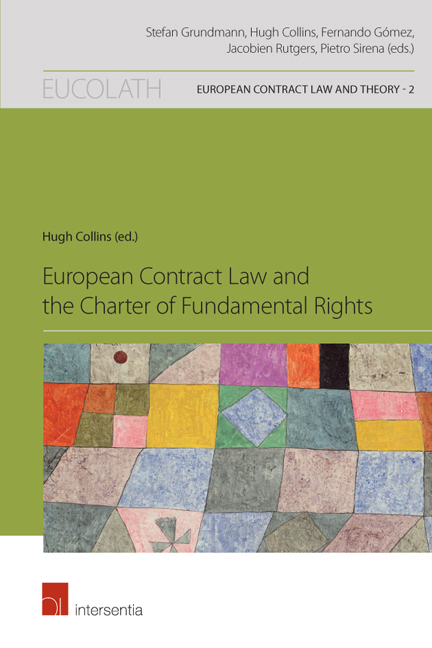 The relationship between fundamental rights and private law has enjoyed a prominent place in the legal debates of both private and public lawyers for decades. At first sight, so it seems, two opposing, perhaps even contradictory, perspectives exist. On the one hand, constitutional lawyers look at the substantial outreach of fundamental rights. They see private law as a body of law inferior in the hierarchy of norms. In fact, private rights and obligations may even be derived from constitutional law. On the other hand, many private lawyers have expressed concerns that the intrusion of public law principles will disturb the coherence of the system of private law and ultimately pose a threat to libertarian ideals of private law, notably party autonomy. Partisans of such extreme positions are rare. While most discussants accept that there is some influence of constitutional law on private law, none of the views presented have settled the dispute. As the controversy continues, eminent lawyers like Lord Neuberger have advanced the plea for a ‘grand unifying theory from which a freestanding action for breach of human rights could then be identified’.

The aim of this chapter is a more modest one. It will not devise a new theory which explains the missing link between fundamental rights and private law. It acknowledges that constitutional courts of all sorts in fact decide private law cases. Rather, the chapter will provide a sketch of what could be called an inclusive approach to private law. It will only deal with the interaction between fundamental rights (as stipulated in national constitutions as well as in supranational texts, such as the Charter of Fundamental Rights of the European Union or the European Convention on Human Rights) and national private law. The Charter's influence on EU secondary law will not be dealt with, as thus far EU secondary law (EU private law) has mainly been regulated by way of EU directives that must be transposed into national law. The proposal for a Common European Sales Law could have been established as a notable exception, but as the resistance to such a horizontal instrument in some Member States was too strong, the Commission has returned to the traditional approach of harmonisation by directives.