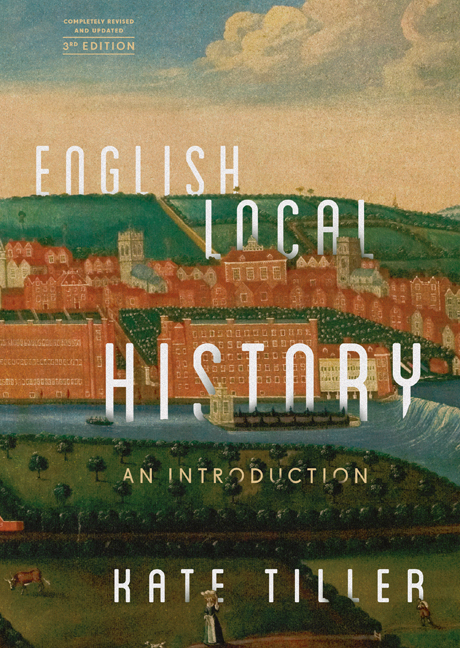 THE YEAR 1066 is arguably the best-known date in English history. It has often been understood as the beginning of the Middle Ages, while 1485, the battle of Bosworth and the coming of the Tudor monarchy have marked their end. Yet these absolute dividing lines, rooted in high-level political events and deeply embedded in long-taught historical narratives, get us only so far in local history. As we have seen from local and national studies of the Saxon centuries, long-term processes were already under way and their impact apparent in local experiences. Many pre-1066 features, of settlement, landscape and communities, anticipated what we have thought of as ‘medieval’, including village formation, manors, field systems, churches, coinage and courts. These in turn had begun to produce the evidence central to local history, of documents, landscape and material culture. This earlier period is now widely recognized as part of the early Middle Ages. Similarly, as we shall see, life in fourteenth-and fifteenth-century English localities is regarded as showing signs of another, modern era of social and economic life.

So how important a watershed was the Norman Conquest in the lives of local communities? The invasion of 1066 undoubtedly brought major dynastic and political changes, yet it took time for invasion to become conquest. The Domesday survey, that remarkably comprehensive stocktaking of Norman England so much referred to by local historians, was made in 1086, twenty years on from William's victory at Hastings. Only then was his authority sufficiently secure to embark on this judgemental recording. Even so Lancashire was not separately listed, while Durham, Northumberland, Cumberland and Westmorland escaped scrutiny. The transition of these years has been summed up1 as one from conquistadors to landlords. At the top of society changes are certainly apparent with almost total replacement of those in leading positions of lay and ecclesiastical authority by Normans. These new figures, as Domesday Book spells out, were firmly located in direct line of dependence on the king, from whom they held their land, in return for allegiance and obligations. Feudalism, in its classic sense of owing military service, was established. Written records of those obligations were increasingly made in Latin rather than Old English.