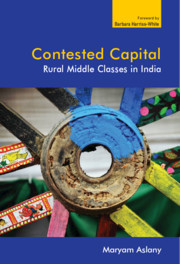 The arrival of factories in our village has provided us with many different sources of income. The standard of living of the village population has progressed. Some in the village have started their own business, handling trucks, cranes rentals and transport. Some people have invested in buying and then hiring JCB tractors, and most importantly, many now have industrial jobs. There are many other sources of income too. We still have our farming activities, but working in farms has become less popular because of these factories: with our income from factory employment we are now able to hire labourers to take care of our agriculture. Working in industries and entrepreneurial activities are the new trends now. The average income of factory workers is 20,000 rupees to 25,000 rupees per month [2015]; hence there is no hurdle in the way of developing our standard of living and providing proper education for our children.

The statement above by Mr Ramchandra, the former sarpanch of Nandur, who described himself as a ‘farmer’, a ‘businessman’ and a ‘politician’, provides anecdotal evidence of the diversified modes of generating livelihoods in rural India. In Rahatwade and Nandur, as in many parts of India, the processes of industrialisation have created new forms of economic diversification and significant class differentiations. This chapter is an attempt to examine the relations of production in the current phase of rural industrialisation, and to locate the middle class. Is rural India a capitalist economy, and if so, how many classes does it contain? These are important questions to have in mind when we talk about class formation in a Marxian tradition, but not very straightforward to answer. As we shall see, an overwhelming proportion of the rural population is still involved in some type of self-employment. However, despite the persistence of petty commodity production, there is a relatively high degree of capital accumulation, when the purpose of production is not solely the satisfaction of needs but the generation of profit, extracted from the labour power of others. In what follows, I first examine the dynamics of rural economic transformation over the past three decades, and then provide a classification of means of accumulation that exist in rural India.