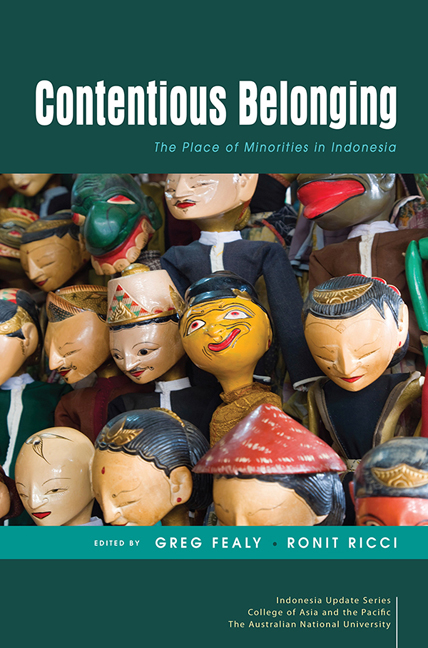 9 - The Mobilisation of Intolerance and its Trajectories: Indonesian Muslims Views of Religious Minorities and Ethnic Chinese

from PART 4 - RELIGION AND ETHNICITY

The political demise of the former Christian-Chinese governor of Jakarta, Basuki Tjahaja Purnama (known as Ahok), has attracted much political commentary, both in Indonesia and abroad. Accused of blasphemy, Ahok faced unprecedented mass protests by Islamists during his re-election campaign in late 2016 and early 2017. Following his electoral defeat and subsequent imprisonment, debate about the relationship between Indonesia's ethno-religious minorities and the Muslim majority intensified (Setijadi 2017). These complex discussions centred on a number of key questions. For instance, were the sentiments of the anti-Ahok protesters—often middle-class Muslims accompanied by their children—representative of religiously and racially prejudiced views held by the majority of Indonesian Muslims (Assyaukanie 2017), or were they part of a pious movement in defence of Islam (Fealy 2016; Weng 2016)? What was the relationship between Islamist world views and the protests? Did the former cause the latter (Lindsey 2016), or have the demonstrations hardened exclusivist attitudes (Scherpen 2017)? And finally, what are the socio-economic profiles of those who hold such views (Chaplin 2016)? These questions have since dominated the scholarly and broader discourse on Indonesian politics and society, with passionate disagreements among participants about how best to research the problem and how to interpret the findings.

In our own work on the subject (Mietzner and Muhtadi 2018; Mietzner, Muhtadi and Halida 2018), we have taken the view that in order to explore the attitudes of Indonesian Muslims, there is no better way than conducting scientifically solid opinion surveys. We believe that such an approach is, in this specific case, superior to ethnographic or other qualitative approaches that necessarily focus on a much smaller number of actors in limited locations. By contrast, nationwide surveys based on multi-stage random sampling (Marsden and Wright 2010) can provide a reliable snapshot of Indonesian Muslim attitudes. Moreover, as we have access to a database containing multi-year data series, we are able to track changes in attitudes with much more precision than exclusively qualitative research could. In this contribution, we thus address the questions mentioned above based on a survey we conducted in August 2018, and identify long-term trends by comparing its data to similar surveys we and other researchers have carried out in the past.