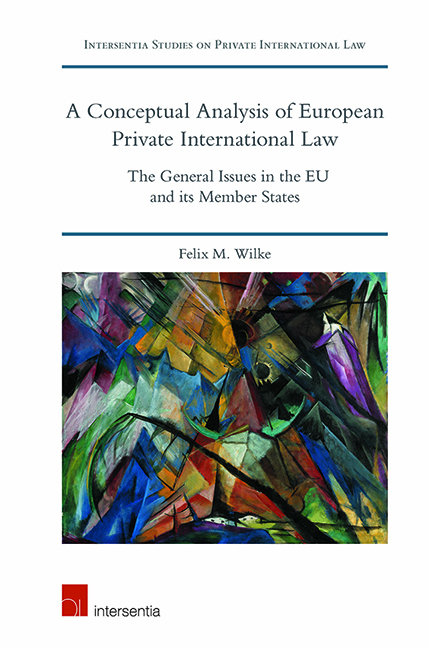 It is a truth universally acknowledged that a book with a broad title such as the present one must begin with a statement as to what it is not about. Assuming that the reader is at least equally interested in learning what it is about, the apologetic section (2) is preceded by a section offering a positive perspective on things to come (1). Together, these first two sections delineate the scope of the book. As this is not only a book with a broad title, but also a unilingual comparative analysis in the field of private international law, there is a particular need to address quite a number of terminological issues. They are the subject of the third section.

THE CONCEPT OF GENERAL ISSUES

It would not seem to be a stretch to posit that most persons with a legal education will associate the notion of establishing a “general part” of one area of law with German law and German legal scholarship. “The technique of creating a General [Part] is, in its perfection, a marvel of German legal theory.” Nothing epitomises the “German abstract approach to law” quite like the General Part of the German Civil Code, the BGB. But the idea is older and far from limited to substantive private law. Codifications of criminal law separated general from specific provisions even before the 19th century. Otto Mayer, who is considered the father of “general administrative law” (Allgemeines Verwaltungsrecht) in Germany, set forth his distinction of a “general part” and a “special part” of administrative law in 1895. Even the German Constitution has occasionally been called a “general part” (of German public law or even of all German law).