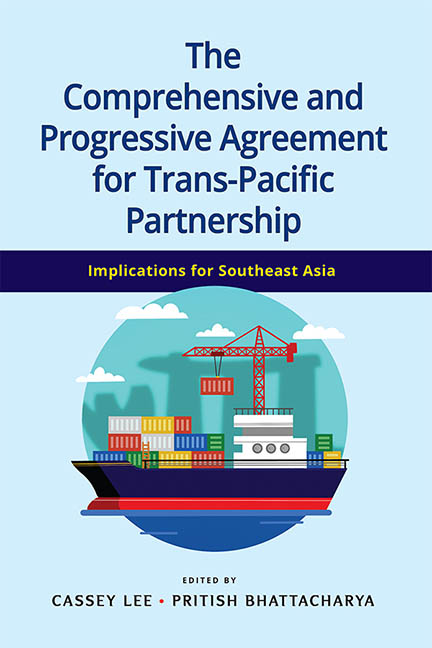 8 - Reassessing Malaysia’s Export Opportunities in the TPP and CPTPP

Malaysia's dependence on trade can be attributed to its geographical location and the relatively small size of its domestic economy compared to most of its regional neighbours. The use of foreign direct investment (FDI) as a tool for industrial development has further strengthened this dependence, as a majority of such investments in Malaysia and the region have been used to forge regional production networks for enhancing their cost and efficiency of production. This gave rise to a flow of “back and forth” trade, especially in intermediate goods, leading to a progressive increase in the share of merchandise trade in GDP to a peak of 193 per cent in 2000, before falling steadily to 131 per cent in 2014 (ADB 2015).

Accessing markets for exports is therefore a critical component of Malaysia's trade policy. For example, although the country's original motivation for joining the Association of Southeast Asian Nations (ASEAN) may have been geopolitical in nature, the economic rationales grew stronger over time, particularly in the wake of the 1973–75 recession in the United Kingdom and the United States. ASEAN's subsequent Free Trade Area, or the ASEAN Free Trade Area (AFTA), promulgated in 1992 was Malaysia's first venture into regional Free Trade Agreements (FTAs). The country is also a member of the ASEAN Economic Community (AEC) that evolved from the AFTA. The AEC was subsequently launched in 2015.

At the same time, Malaysia became a founding member of the World Trade Organization (WTO) in 1995. However, the protracted negotiations under the Doha Round of the WTO for further multilateral liberalization led to a flurry of bilateral and regional initiatives in Southeast Asia, including Malaysia, as alternative trade liberalization commitments to the WTO. To date, Malaysia has signed and ratified seven bilateral agreements, and is a party to the ASEAN+ agreements with China, Japan, Korea, India, and Australia and New Zealand. It is also in the process of negotiating another four FTAs.

Malaysia joined the Trans-Pacific Partnership (TPP) in the third round of negotiations in October 2010, and signed the agreement in February 2016 with the other eleven founding members.