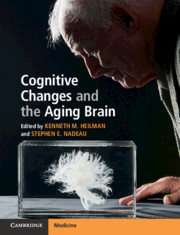 The anatomic networks and physiological processes that mediate taste, oral somatosensation, and smell undergo age-related decline. This chapter reviews results of psychophysical studies that have sought to understand the mechanisms responsible for the decline in the gustatory, somatosensory, and olfactory systems. There appears to be a slowing of cell regeneration, atrophy, and loss of connectivity of the primary central nervous system structures critical for these functions. Older adults have elevated detection thresholds, whereas supra-threshold intensity measurements, depending on tastant and odorant concentrations, may show only modest or no change. Identification is often the most impaired function. With aging, variation of function is much higher. In good part, this reflects variable damage to taste and olfactory structures in the mouth and nasopharynx caused by environmental insults. Overall, it appears that aging affects olfaction more than taste. While decrements in taste may influence food preferences and dietary intake, as well as reduce quality of life in the realm of food enjoyment and nutritional intake, these changes are largely related to the ability to perceive flavor, which is most dependent on retronasal olfaction, reflecting the combined central nervous system processing of inputs from nasopharyngeal olfactory sensors and taste and oral somatosensors.