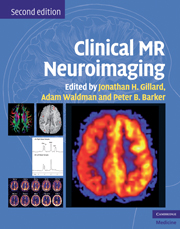 Stroke is the third largest cause of death in Western countries. As the commonest form of long-term adult disability, it is a major consumer of health spending. Eighty percent of strokes are caused by ischemic infarcts and 20% by hemorrhages. Despite the magnitude of the problem, successful active treatment of ischemic stroke was almost non-existent until the mid 1990s. Medical management was predominantly prophylactic, particularly concentrated upon the control of hypertension. The role of diagnostic tests was limited to confirmation of stroke diagnosis, differentiation of infarct from hemorrhage, and identification of those entities that may present with stroke-like symptoms and signs (“pseudostroke”). Chronic subdural hematoma, slow-growing tumors, demyelination, and arteriovenous malformations are all potentially treatable lesions that may present as pseudostroke. As many as 20% of stroke-like presentations can be caused by entities other than stroke.[1]

The success of thrombolytic drugs, coupled with their potential adverse effects in some cases, highlights the need for tests that are highly sensitive and specific for diagnosis, and that provided information on which group of patients is most likely to respond to therapy. Tests that are sufficiently non-invasive for serial measurement of the effect of therapy are also required. Current diagnostic tools for the investigation of stroke have become increasingly sophisticated and non-invasive. The basic principle has been that when investigation has been clinically justified, the brain and the carotid vessels in the neck need to be imaged. The imaging modalities used vary according to those available at the imaging center. Computed tomography (CT) of the brain and duplex Doppler ultrasound of the carotid arteries was until recent years the mainstay of investigation. Magnetic resonance imaging (MRI) and MR angiography (MRA), or CT and CT angiography (CTA) performed with high-resolution multidetector CT machines are progressively replacing single-detector plain CT and ultrasound. Digital subtraction angiography (DSA) and its associated cost and morbidity are progressively being used only as a conduit to interventional procedures.