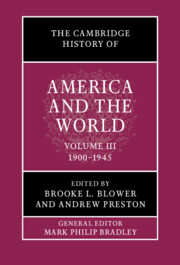 In 1903, the United States federal government narrowed the parameters of indigenous sovereignty in the formative Supreme Court case, Lone Wolf v. Hitchcock. The ruling followed in the wake of the Dawes Act of 1887, also known as the General Allotment Act, which authorized the disaggregation of communally held lands belonging to Native American nations. Although officials justified allotment on many grounds, including those framed as a humanitarian desire to prevent white settler violence, the policy opened up indigenous lands that exceeded tribal population – a number generated by the US census – to sale for white settlers. Secretary of the Interior Ethan Allen Hitchcock, who served under President William McKinley and President Theodore Roosevelt from 1899 to 1907, had come to superintend the bureaucratic machinery discharging this legislative mandate. Hitchcock drew fire from Native Americans, who protested this unequivocal land grab he oversaw through a variety of means, including legal appeals. The Kiowa leader Lone Wolf sued Hitchcock, claiming that allotment violated the Treaty of Medicine Lodge Creek of 1867, one of hundreds of treaties defining US–Indian relations that specifically granted the Kiowa nation the right to reject sales of their land with a three-fourths majority vote. Eventually, the Supreme Court ruled in favor of Hitchcock, effectively ignoring the legal precedent of recognizing treaties with indigenous nations as well as their status as semi-sovereign “domestic, dependent nations” – a status conferred in 1832 by Chief Justice John Marshall in earlier Supreme Court rulings. The dismissal of these legal precedents in 1903 with Lone Wolf v. Hitchcock, further empowered Congress, instilled with newly articulated plenary power, to abrogate treaties and mobilize a variety of legal instruments to separate indigenous peoples from their ancestral and reservation lands.