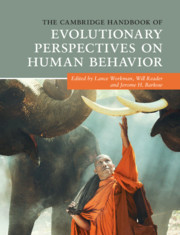 37 - The Evolution of Personality

Whereas personality psychologists are primarily interested in describing, categorizing, and explaining individual differences, evolutionary and experimental psychologists tend to explain behavior in terms of contextual environmental factors. This chapter first examines the long journey taken by personality psychologists to arrive at the agreed Five Factor model of personality. The argument has been that there are five unique, orthogonal, and distinguishable personality traits that are heritable and stable over time. These traits are found in all cultures and are the primary determinants of human behavior. While there are inevitably dissenting voices from this model, general agreement has meant that differential psychologists have been able to turn their attention from describing to explaining individual differences.

The chapter then looks at some attempts to explain the “advantages and disadvantages” of trait differences in adapting to – and thriving in – different environments. While there is a normal distribution of all traits, we talk of those types at the more extremes of the distributions. The spectrum hypothesis in personality has always identified abnormality in terms of extremes of normality. Thus, two to three standard deviations in any trait could be seen as abnormal, extreme, and unusual, but also in some circumstances as somewhat useful and adaptive

Third, this chapter looks at three overlapping, noncompeting but different evolutionary theoretical models that attempt to explain how, why, and when systematic individual differences arise. The fluctuating selection model focuses on variations in selection pressure, either over time or by geographical locations, and trade-offs as the causes of individual differences. The fitness indicator model suggests that, because it is difficult for everyone to have a perfectly healthy genome and development, and since different individuals have different mutation loads, which simultaneously affect the quality of their genes and their phenotypic fitness indicators, there must be natural variance in the levels of intelligence and personality. The random quantitative variations model suggests that it is possible for a trait to be both an evolved adaptation (exhibiting virtually no variation in the architecture of the evolved design in cross-species comparison) and to manifest individual differences in the quantitative performance among members of a single species.

The chapter concludes by looking at behavior genetics and evolutionary psychology in order to explain the role of genetics and parenting in the development of personality. It looks at the rule of thumb when it comes to the determinants of adult personality and other traits, which is 50–0–50; that is, roughly 50 percent of the variance in personality, behavior, and other traits is heritable (influenced by genes), roughly 0 percent is influenced by the shared environment (what happens within the family), and roughly 50 percent is influenced by the non-shared environment (what happens inside and outside the family that is not shared by siblings).

Overall, the rapprochement between personality and evolutionary psychology is welcomed and seen to benefit both branches of psychology.