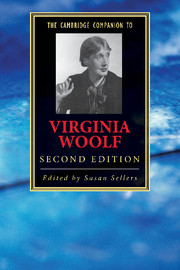 Feminism, both as a theoretical analysis of gender inequality and oppression and as a political movement, has used literary texts extensively in making and disseminating its meanings. Literary and literary-critical texts were central to 'second-wave' feminist politics and the movement for 'women's liberation' in the late 1960s and 1970s, laying many of the foundations for the developments in feminist and gender criticism and theory that have changed literary studies so radically. The significance of literature for feminism also gives a particular place to those writers whose work spans both feminist polemic and fiction or poetry, including Mary Wollstonecraft, Simone de Beauvoir, Adrienne Rich and, preeminently, Virginia Woolf.

The relationship between Virginia Woolf and feminism, feminism and Virginia Woolf is, as the title of my chapter suggests, a symbiotic one. On the one hand, Woolf's feminism - which includes not just her explicit feminist politics but her concern and fascination with gender identities and with women's lives, histories and fictions - shaped her writing profoundly. On the other, feminist criticism and theory of the second half of the twentieth century have fundamentally altered the perception and reception of a writer who, in Anglo-American contexts at least, had largely fallen out of favour by the 1950s and 1960s. The immediate post-war generation tended to perceive Woolf's as an essentially pre-war sensibility. In the decades that followed, women critics and academics creating new feminist approaches found Woolf speaking very directly to their concerns, in the first-person address (albeit one in which the 'I' is diffuse and multiple) of A Room of One's Own or in the voice or voices that seemed to speak out from Woolf's newly available essays, letters, diaries and memoirs.