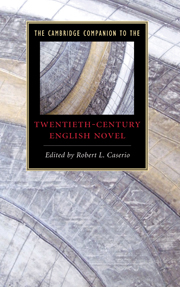 17 - The other side of history: Fantasy, romance, horror, and science fiction

Is fantasy the dominant mode of English twentieth-century fiction? The vast popularity of J. R. R. Tolkien suggests an affirmative answer. And numerous writers can support a vision of the importance of a genre that comprehends science fiction, horror, and romance. H. G. Wells's scientific romances ushered in the twentieth century; the so-called British Boom, a blend of science fiction, horror, romance, and fantasy, ushered it out. Although fantasy and its companions certainly have escapist aspects, in a way that seems a departure from “the novel's” investments in realism and history, they powerfully address contemporary life; by opening the door to unlimited imaginative possibilities, by contemplating the other side of history - the fantastic side - they can lead to action in the real world.

The ascendency of fantasy forms would seem to be at odds with capitalist modernity, which the German sociologist Max Weber saw as havng stripped experience of all magic and wonder by the beginning of the twentieth century. However, as Fredric Jameson argues, it is the very thoroughness of capitalist rationalization of life that gives fantasy forms their staying power, fulfilling as they do longings for meaning beyond the workaday world of commodification and consumerism. Such genres “offer the possibility of sensing other historical rhythms, and of demonic or Utopian transformations of a real now unshakably set in place. ” “The great expressions of the modern fantastic, the last recognizable avatars of romance as a mode, draw their magical power from an unsentimental loyalty to those henceforth abandoned clearings across which higher and lower worlds once passed” (p. 135).