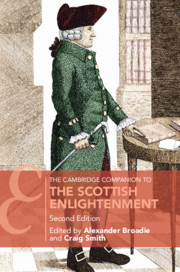 The Scottish Enlightenment, a remarkable intellectual flourish that lasted for much of the eighteenth century, was an event of great significance for Western culture. During it, scientific, economic, philosophical and other advances were made which had an immediate impact in Europe, America and beyond, and the impact is still felt. The seminal writings of the time are discussed by scholars who return to them in search of insights that can then be put to work in ongoing debates. Hence, though there is an antiquarian interest in the Scottish Enlightenment, interest in it is by no means solely antiquarian, as witness the numerous references we find to Hume, Smith, Reid and other Enlightenment thinkers in present-day discussions of contemporary issues. In this book the historical circumstances of the Scottish Enlightenment will be described; and thereafter attention is focused on the leading ideas, without however losing sight of the fact that the Scottish Enlightenment is a historical event located in a set of historical circumstances that were essential to the movement’s birth and growth. Attention is also focused on the highly social nature of the movement. The writers were held together by bonds of friendship; they argued and debated with each other and created many clubs and societies designed to facilitate discussion. This aspect of the Scottish Enlightenment is a crucial feature of it and will be noted in the following pages. But these historical and social considerations would hold our attention a good deal less if it were not for the brilliant ideas that were the products of all this high-level clubbing. In the end it is because of what they said, not because of whom they talked to, that Hume, Smith, Millar, Black, Hutton and others matter to us, and since the Scottish Enlightenment is essentially about ideas, this book is in large measure an investigation of those ideas.