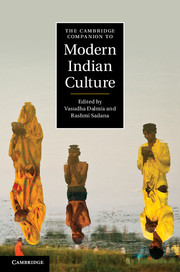 2 - The formation of tribal identities

The economic and political position of tribal populations in modern India is not unusual. It is familiar enough from what we know of similarly marginalized peoples in other parts of the world. What is perhaps less obvious is how tribes in India utilize language and religion to express their identity in the ongoing encounter with modernity.

Tribes constitute only about 8 per cent of India's total population, and they are unevenly distributed (1 per cent of Tamil Nadu but 95 per cent of Mizoram is tribal, for instance). These roughly ninety million people are largely concentrated in two regions: the central and eastern hills of Chhattisgarh, Orissa and Madhya Pradesh; and the mountainous states in the north-east. Sizeable populations also live in Rajasthan, Gujarat and Jharkhand. Among these approximately 500 tribal groups, the variety of social practices, cosmologies, rituals and material culture is staggering. And the ethnographic record is still far from complete.

Such heterogeneity is not easily categorized, and we have known for a long time that the term ‘tribe’ is imprecise. For some anthropologists, the salient criterion in defining a population as a ‘tribe’ is its type of political authority, while for others it is social organization, descent system or religious belief; and many definitions ultimately rely on a specious spectrum stretching from simplicity to complexity. Confusion arises, in part, because the concept of ‘tribe’ is inseparable from modernity. As a convenient shorthand for pre-industrial societies, it helped to define, by contrast, the new world of rational, wage-earning citizens.