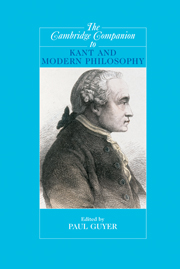 Introduction: The starry heavens and the moral law

In what may be his single most famous passage, the first sentence of which was even inscribed on his tombstone, Immanuel Kant concluded his Critique of Practical Reason (1788) thus:

Two things fill the mind with ever new and increasing admiration and awe, the more often and steadily we reflect upon them: the starry heavens above me and the moral law within me. I do not seek or conjecture either of them as if they were veiled obscurities or extravagances beyond the horizon of my vision; I see them before me and connect them immediately with the consciousness of my existence. The first starts at the place that I occupy in the external world of the senses, and extends the connection in which I stand into the limitless magnitude of worlds upon worlds, systems upon systems, as well as into the boundless times of their periodic motion, their beginning and continuation. The second begins with my invisible self, my personality, and displays to me a world that has true infinity, but which can only be detected through the understanding, and with which . . . I know myself to be in not, as in the first case, merely contingent, but universal and necessary connection. The first perspective of a countless multitude of worlds as it were annihilates my importance as an animal creature, which must give the matter out of which it has grown back to the planet (a mere speck in the cosmos) after it has been (one knows not how) furnished with life-force for a short time. The second, on the contrary, infinitely elevates my worth, as an intelligence, through my personality, in which the moral law reveals to me a life independent of animality and even of the entire world of the senses, at least so far as may be judged from the purposive determination of my existence through this law, which is not limited to the conditions and boundaries of this life but reaches into the infinite.