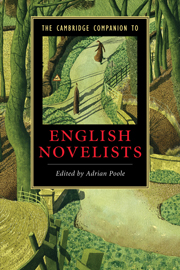 Confronted by calamity on a scale 'impossible to describe, or indeed conceive', the narrator of Defoe's fictionalised memoir of the Great Plague, A Journal of the Plague Year (1722), zooms in on an individual case: that of two brothers who flee the city to maximise their chances of survival. Shunned by wary villagers, and shunning their fellow refugees, the brothers typify the indigent, solitary state of displaced Londoners who scatter themselves across the fields in isolated, improvised shacks. 'Nor is it unlikely', adds Defoe's narrator (whom we know only by his initials, H.F.), “but that some of the unhappy Wanderers might die so all alone, even sometimes for want of Help, as particularly in one Tent or Hutt, was found a Man dead, and on the Gate of a Field just by, was cut with his Knife in uneven Letters, the following Words, by which it may be suppos'd the other Man escap'd, or that one dying first, the other bury'd him as well as he could; / O m I s E r Y! / W e B o T H S h a L L D y E, / W o E, W o E.” ( JPY, 151) / With its faithful, even fussy transcription of an utterance pitched somewhere between elemental cry and grunting bathos, the passage flirts with absurdity in ways already acknowledged by Defoe's narrator. As he uneasily recognises, there are comic as well as tragic aspects to the incongruous condition of these early modern urbanites, torn by catastrophe from their humdrum world, 'who liv'd like wandring Pilgrims in the Desarts' ( JPY, 57).