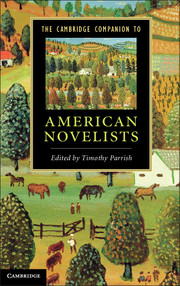 Toni Morrison (1931–) ranks among the most highly-regarded and widely-read fiction writers and cultural critics in the history of American literature. Novelist, editor, playwright, essayist, librettist, and children’s book author, she has won innumerable prizes and awards and enjoys extraordinarily high regard both in the United States and internationally. Her work has been translated into many languages, including German, Spanish, French, Italian, Norwegian, Finnish, Japanese, and Chinese, and is the subject of courses taught and books and articles written by scholars all over the world. It speaks to academic and mass audiences alike; four of her novels have been Oprah’s Book Club selections. She invites frequent comparison with the best-known writers of the global canon: Virginia Woolf, William Faulkner, Zora Neale Hurston, James Joyce, Thomas Hardy, Gabriel Garcia Marquez, Wole Soyinka, Chinua Achebe, and others. Because of her broad appeal, throughout her career readers and critics alike have sought to praise Morrison by calling her work “universal.”

The adjective “universal” has typically been applied to work in any medium that speaks to readers, viewers, or audience members whatever their race, ethnicity, gender, sexual orientation, age, or socioeconomic status. Art that achieves the status of “universality” is contrasted implicitly or explicitly with work that is labeled “provincial,” that is, more explicitly grounded in the culture, lore, or vernacular of an identifiable group. But for all its “universality,” Morrison’s writing is famously steeped in the nuances of African-American language, music, everyday life, and cultural history. Even more precisely, most of her novels are concerned with the impact of racial patriarchy upon the lives of black women during specific periods of American history, such as the colonial period or the eras of slavery, Reconstruction, Jim Crow, and civil rights. By exploring the impact of historical and socioeconomic factors and processes upon the lives of black women, Morrison uses her fiction to mine the unexplored depths of American culture.